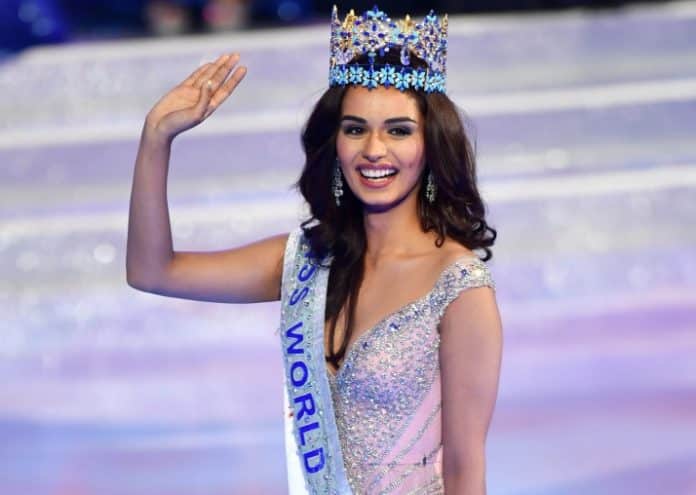 Success as in the movies, international sporting medals, scaling Mt. Everest and now bagging the coveted Miss World title. Women achievers from Haryana – which has lived with the tag of being a “girl killer” with the worst sex-ratio among Indian states – are re-writing the script of the state’s infamy.
The crowning of Manushi Chhillar, 21, who was born in Rohtak town and whose family hails from the dominant and conservative Jat community, as Miss World 2017 on Saturday, has again brought the focus back on women from the state making it big at the international level.
The odds that women in Haryana face are all too well known.
Till last year, Haryana had the dubious distinction of being the worst among all states in terms of sex ratio – a dismal 850 girls for every 1,000 men. The Bharatiya Janata Party (BJP) government in the state, led by Chief Minister Manohar Lal Khattar, now claims to have arrested the rot with the sex ratio improving to around 930.
Yet, earlier this year, an official magazine of the government showed a rural woman in a “ghoonghat” (veil), sparking off angry reactions from women achievers and organisations that the state was still trying to project women in an outdated way.
Manushi’s achievement lies not only in winning the Miss World, or earlier this year the Femina Miss India, title. She is pursuing her MBBS degree from a government medical college in a rural part of Sonepat district and aims to be a cardiac surgeon.
That’s not all. Manushi is a poet, painter and also a dancer, besides her keen interest in fashion and beauty. And she has joined a long list of women achievers from Haryana.

The story and struggles of wrestler sisters Geeta and Babita Phogat – who bagged medals for the country at the international level – was well depicted in Aamir Khan’s superhit movie Dangal. The film not only did roaring business in India but also overseas, including in Hong Kong and China.
Another woman wrestler from the state, Sakshi Malik, brought glory to the country by winning a gold medal at the 2016 Rio Olympics.

Mountaineer Santosh Yadav became the first Indian woman to scale the world’s highest peak, Mt. Everest, twice. She was also the first woman to scale the peak from the tougher Kangshung Face.
The Indian women’s hockey team has been dominated by players from Haryana, particularly from a hockey nursery in Shahbad Markanda town, about 60 km from here. Be it captain Mamta Kharab or players like Suman Bala, Jasjeet Kaur, Surinder Kaur, Pritam Rani and Sita Gussain – all hail from Haryana.

Former Miss India and Bollywood actress Juhi Chawla, actresses Parineeti Chopra and Mallika Sherawat have been born in Haryana, a state where killing the unborn girl child in the womb has been a common practice.
Ace international badminton player Saina Nehwal too has her family roots in Haryana.
In 1997, Haryana-born astronaut Kalpana Chawla took the state to unprecedented heights when she went on a NASA space mission. She went on another mission in 2003 and met with a tragic end when the spacecraft disintegrated on its return journey.
On the political front, External Affairs Minister Sushma Swaraj, who has made her mark in international affairs in recent years, is from Ambala.
The achievements of these women is guiding hundreds of other women in the state to break long-established conservative barriers and make a mark in various fields.
IANS
- Advertisement -
Share
WhatsApp
Facebook
Twitter
Linkedin
Previous articleIndia’s Manushi Chhillar wins Miss World crown
Next articleDesi Daredevil