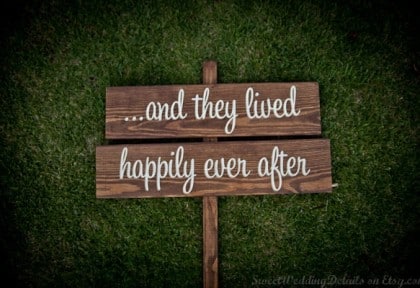 Having been married just over 2 years, I am in no way an expert on a subject many have spent decades living out skilfully. I do however bring to this topic the perspective of a newbie with my realistic and somewhat sceptical outlook.

Having grown up as a tomboy in a ‘traditional’ household, I held marriage in contempt as a place where individuality goes to die. As I grew older and got sucked in by Bollywood, I was torn between notions of romantic attachment and the glorification of sacrifice for love. Time and again I found external influences gently reminding me that when I am married I would need to stop doing things the way I do now and adjust to a new way in a new family.  While this is somewhat true, it doesn’t spell the end of your individuality. Like any life changing decision (new job, moving to a new country), marriage has all the ingredients to throw stability and what you know out the window as you face unknowns. You can let marriage and the unprecedented proximity to another individual shape you, and certainly that’s sometimes a good thing (like my husband increasing my patience), but this isn’t the same as losing your individuality. Shaping each other and growing together as one strong unit means melding the traits you each possess, be they good or bad. No matter how much patience my husband teaches me, I will always be just that little bit crazy and crabby because that’s who I am – it shapes my character and I like to think it becomes endearing after a while! It’s important to hold onto these unique traits that make you, you. Because as life throws you more curveballs, your job, spouse, kids and parents all expect different things from you, and the more you try to conform to what they want, the more you lose out on who you are. But if you have spent time figuring out who you are, what makes you tick and what make you You, then whatever comes your way will only add to your core individuality. So no matter if you are married or single, young or old, make a concerted effort to spend some time being introspective and figuring out who you are as a person because it will come in handy when life and those in it pull you in different directions. Then when marriage comes along, your individuality will benefit from the new experience rather than suffer for it.

This is the one myth Disney and Bollywood have done a great job of hammering into young minds. Traditionally marriage has been the end goal of romance, and most romance novels and films climax at the union as the pinnacle of happiness, but happiness is a journey more than a destination. You have to make a decision to be happy every single day otherwise even the most joyful of events or occurrences won’t cause you happiness. Marriage has its fair share of challenges and there is no assurance that signing on the dotted line will result in happiness every single day for the rest of your lives. That assurance comes from communication. Don’t let the marriage contract be the last meaningful communication that happens between you and your significant other by making sure you devote even five minutes each day to communicate not just superficially about your day, but about your emotions. Identifying, expressing and sharing emotions in a positive manner allows both partners to be aware and mindful of what the other is feeling and can explain a lot of behaviours or actions that may otherwise be misconstrued and lead to suspicion, hurt or worse. The happiness of a marriage is not an end goal, it’s something to work at, build on and savour every single day.

The biggest lesson I have learnt is that compromise is not a bad word. Sacrifice is. When you communicate your hopes, dreams and fears to your spouse, you are sharing in each other’s world and when you co-create a world then the work required to sustain it isn’t hard because it becomes a labour of love. When one person feels they are sacrificing their hopes and dreams to allow the other design rights to their world, the co-created world quickly deteriorates into one that is suffocated with resentment. Do not sacrifice and do not pressure your spouse into sacrifice. Rather through active listening, planning and co-creating your world, fill it with both your hopes and dreams in a way that compromises to achieve harmony. If both of you want to study but it’s not financially feasible to do so at the same time, then compromise so that one of you can study first and the other later. Make sure you communicate your appreciation and continue to validate the other person’s needs so that their compromise doesn’t feel like a sacrifice. Don’t be a martyr to your spouse’s desires out of love because there’s a fine line between that kind of sacrificial love and the burden of resentment which lingers long after the love has dissipated.

I am an argumentative person by nature and take a morbid delight in playing devil’s advocate ‘just for fun’. This kind of argumentative streak is not a particularly attractive quality and yet this is the trait that has gotten me the furthest in my marriage. Sometimes what a marriage needs is not flowers and cuddles but stubbornness, tenacity and a good all out fight (of the verbal kind). When you both burst through your emotional defences and explode into an argument you say exactly what’s on your mind without the filters that create vagueness and suspicion. The freedom of a fight gives words the power to drive home truths that you may be otherwise ‘afraid’ to speak. Like all friendships, a marriage is never truly cemented till you fight and I believe it gets stronger with every single fight provided that they are fought in a constructive and honourable manner. Your spouse is not your mother who will love you unconditionally, so don’t say the mean and hurtful things that are on the tip of your tongue because that kind of unconstructive verbosity should be beneath you and your spouse deserves better. A man needs respect like a woman needs love, so communicate to your husband without hurting his ego and communicate to your wife without mocking her emotions. Find constructive and creative verbal ways to vent your frustration and clear the air, and who knows that super annoying and heated argument may just turn into a session of laughs and cuddles!

I have been privileged to witness many lasting marriages which have all had their own share of issues and problems, but have endured and become stronger as a result. Marriage is not something to be taken lightly. That may seem like stating the obvious but when a marriage becomes something that is taken for granted, or you can’t tell the difference between your spouse and the wallpaper, there is a problem. Love and dependency is in its own place but no one likes to be taken for granted. I like to think of my marriage as a work of art. A blank canvas on which my husband and I are equally invested and valued, where we both hold brushes of authority and palettes filled with hopes, dreams, fears and individual traits. A canvas that builds lasting colour, depth and texture with each fight, reconciliation, compromise and deep and meaningful conversation.