How technology has made Haj easier and safer

Saudi Arabia has ensured the safe passage and mass movement of pilgrims, leveraging the power of technology to enhance security, communication, transportation, accommodation and health services 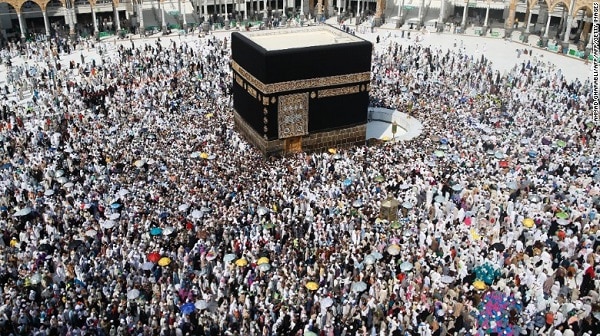 This year, as around 2.35 million Muslims from across the world gathered in Mecca “to renew their sense of purpose in life, erase past sins and beg God for forgiveness and guidance” at the annual Haj pilgrimage, technology and the social media played a major role to ensure that things didn’t get of hand.
The density of the crowd was staggering, with some estimates suggesting more than six people per square metre during the annual Islamic pilgrimage that began on 31 August 31 and culminated on 4 September.
Saudi Arabia ensured the safe passage and mass movement of pilgrims leveraging the power of technology to enhance security, communication, transportation, accommodation and health services.
Ensuring pilgrims’ safety through measures that are minimising separation, identifying fatigue, avoiding accidents and more, is a massive challenge that is now largely mitigated with the help of technology, the official said.

To this end, the country introduced electronic identification bracelets that were distributed among pilgrims.
The unique water-resistant and GPS-enabled devices contained detailed personal information of pilgrims, allowing the Haj authorities to identify individuals in need of help and provide the necessary care.
The devices featured a multilingual help desk to guide non-Arabic speaking pilgrims through the Haj and also informed them about prayer times and rituals.
As part of the safety and security arrangements, more than 17,000 highly trained personnel, supported by 3,000 advanced vehicles, were deployed to ensure the highest levels of safety and security.
Furthermore, pilgrims were monitored by over 100,000 security agents, who carried out safety plans through the use of face-recognition software and closed-circuit cameras.
In their effort to efficiently communicate with the pilgrims, the authorities not only harnessed the power of technology but also capitalised on social media and digital communication tools.

Throughout the pilgrimage, the Ministry of Haj and Umrah was sending out regular text messages to individuals’ mobile phones.
These messages advised pilgrims on the appropriate procedures for Haj and contained information in their respective languages.
The Haj team deployed on the ground was proficient in more than a dozen languages to ensure that all the needs of pilgrims were met.
The Ministry of Culture and Information also embraced social media to support the pilgrims.
It collaborated with YouTube to livestream Haj and worked closely with Google, iTunes, Twitter and Facebook to create Haj-related apps.
The ministry launched digital platforms such as SaudiWelcomesTheWorld.org to provide information and insights to pilgrims in Makkah, as well as to the global audience, including the media.
Although the pilgrimage dates back thousands of years, today’s pilgrims can focus on their spirituality, while the authorities and modern technology do the rest.
-IANS