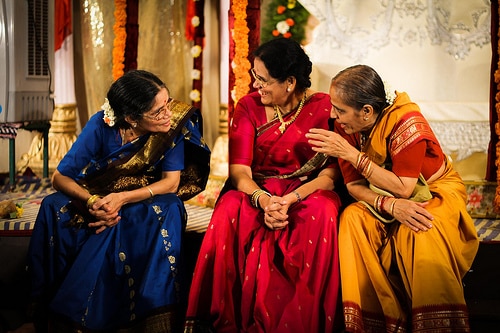 Reading Time: 4 minutesI don’t like rumours, but did you hear…
Saturday night. It’s 8pm and instead of being out with your friends or even catching an old movie on television, you are all dressed up in a salwar kameez sitting in the bedroom of a family friend with a whole bunch of other girls/guys talking about nothing in particular.
This is a Saturday night many desi girls live out on a regular basis. We get dragged to dawats by parents who think that they are keeping us in touch with our culture. In reality, throwing together the same mix of young adults on a regular basis with nothing to do but sit and talk can only result in one thing. Gossip.

I am not singling out desis because I think that they are the only ones doing this, rather because it is the culture I am part of; I have experienced this and would very much like to see it improved. I spent a considerable part of my adolescence being dragged to parties (also known as dawats) by my parents who deemed I was too young to stay at home alone and I needed to socialise with the children of their friends.
These children, some my actual friends and some just acquaintances, are all very intelligent in their own respects. But put us all in a room together and something happens – instead of using our smarts to discuss world affairs, news or a topic of any importance or relevance – we invariably turn to gossip. The words, ‘Did you hear…?’ feature almost as frequently as ‘I saw on Facebook that…’
Seemingly harmless conversation that begins with the intention of discussing something everyone can take part in, quickly becomes chatter that is insulting, hurtful, or both, to someone not present in the room. This is especially the case if the quintessential joker is present and feels the compulsive need to make people laugh at someone else’s expense.
We find this acceptable and continue to do this as we age. As ‘Aunties’ we will probably continue this habit the same way we see our parents do. This is a vicious cycle that has severe repercussions in people’s lives. Idle chatter can lead to heavy consequences within families that is not limited to just quarrels and upheavals.
So, where does this compulsion to gossip come from? Do we just re-enact what we see? Every Indian knows someone who has been told off by their parents with the words, ‘(So and so) Aunty said…’. It is sad that our parents take an unusual delight in nit-picking through the lives of others and spreading carefully constructed ‘facts’ or even blatant hearsay with little regard for the consequences of such ‘entertainment’.
The premise of ‘sharing’ between parents in a social circle is to keep each other informed and this is commendable. But the misuse of such a captive audience to spread malice has resulted in broken homes, marriages and trauma to young women who are the subject of ‘discussions’ based on everything but fact.
Our generation may not ‘gossip’ with the same fervour some of the older generation show, but our inadvertent gossip is just as dangerous. To be clear, any comment made about a person who is not present that you have not said, or would not be able to say, to the person’s face, is backbiting.
Exceptions could be: if you are trying to protect someone from the evil of another person, including situations where you are asked to vouch for the integrity of a marriage prospect; when the person being talked about does not conceal a crime (s)he has committed; to describe the faults of patient to a physician for purposes of treatment; criticism about a narrator of traditions whose words influence others.

Most of us, however, are just the captive audience in a room with a gossiper. Are we still accountable? Yes! Our amazement, our exclamations of, ‘Oh, I didn’t know that!’ and even our silence, makes us an accomplice to a wrongdoing.
So, the next time you are at a dawat and the conversation seems to be veering towards gossip, take stock of who is in the room and pick a topic that the majority will be able to partake in – an upcoming holiday, a book, a movie, an idea, a recent news item. Even taking an interest in the life of a person in the room is better than discussing someone who is absent.
I have been the gossiper who has been pulled up by a person who says, ‘Hey he/she isn’t here so let’s not talk about them.’ And I am grateful for the reminder.
Be that person, because as Eleanor Roosevelt once said, “Great minds discuss ideas; average minds discuss events; small minds discuss people.”