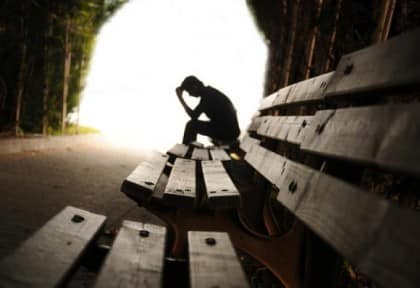 In the class, desks were arranged for 22 students. 19 arrived. Three seats remained vacant. No-one spoke.
In neighbouring schools, tears were shed and a counsellor spoke to immediate friends. He was well liked, this young man. Adolescent boys and girls were, unsurprisingly, deeply shocked; the adults’ eyes downcast.
There was, and still is, confusion, pain, questions. If we attend to these they run till the end. There are no answers. If we don’t attend to these we live hazy and numb.

When schools were first invented, they were not designed with counsellors. No one thought about what happens when 500 or up to 2000 young people spend most of their days in one place, effectively spending most of their time with people not of their choosing. Of course, we don’t choose our families either. And who of us is trained to know what to do? This is a key issue for schools now and in future.
The following day, two more students return to class. 21 shadows.
No one was okay then and no one is fully okay now.
Rumours and whispers swept through local school communities; shadows remain, whilst statistics look on: The current rate stands at about 18 per 100,000 among men under 24-years-old.
The rumour-mongers said, “Did you hear about …” and “It’s so sad that a young man….” That is where the inferences stopped. Not a single person who whispered sought to ask what could be done to prevent this from happening again.
At the school there was a pervasive silence, though some ‘postvention’ programs were put into place, as recommended.

In the life of a family there is no return. For friends, no reversal to change the stillness that hangs like a pall, despite the noise of the world, the distractions, the rush to who knows where… For classmates, an empty seat that no one sits on, for though he is gone he is still with us. Always with us. That is what they said at the saddest funeral.
That is what they said as flowers were laid to rest in a garden, as the black dog watched from the fence.
Some wondered if he was ever with us, or if we had always not known him or his world. If somehow, inadvertently, we were all in the wrong space at the wrong time and his was the space we needed to know, understand and shape a world around. Imagine shaping schools so that the design was premised on psychological safety, rather than it being addressed as an afterthought. What would our schools and communities look like then?

But vulnerable people do not easily make it in a rational, logical world where reasons premise feeling. Where feelings must be justified, left and right. For, though tears are more valued now than in previous years, still there are things we fear.
The young man could never be forgotten, though his life was all too brief. In such a short time he crammed in a lot of anguish, a lot of loneliness, a lot of dislocation. From the outside, well, he smiled and seemed fine. Didn’t he?
The official statistics have a measure of ‘years of potential life’ lost to the nation – probably the saddest measurement and most numerically devaluing of any human that could be imagined. Who thought of this statistic? Who thought of this as a thing to measure? Probably someone who did not lose their son.
Meantime, spring will come. Winter is passing, all too slowly. The skies are blue, but less deeply so. There is talk of the national tragedy of suicide – the leading cause of death for males aged 15-44 years – but there are so many priorities and revenues are down.

In schools, the pressure for students to achieve well on standardised tests definitely has a grip, but there are plenty of other programs that support the development of young people. The rise in professional standards for teachers is changing the profession, as teachers move to a system of continuing professional development for on-going accreditation. In the light of such moves, accreditation hours must include awareness programs of mental health issues for all staff as a mandatory part of accreditation.
This surely must be starting point, for who among us can be settled when one among us has gone at his own hand?
Schools have far too few counsellors and far too many people who do not know how to recognise signs that betray a cry for help.
We need schools shaped around the need to keep all our young people psychologically well, even if it means an investment not imagined.
What would happen if we measured success at school in terms of what we gave, not what we sought?
For help or information:  Lifeline 13 11 14 www.lifeline.org.au; Kids Helpline 1800 55 1800 www.kidshelp.com.au