Goa tanker crisis could be as big as Bhopal gas tragedy 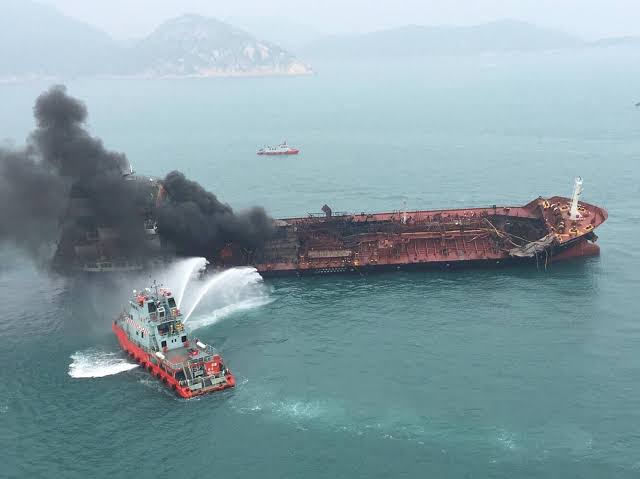 Goa could face a crisis as serious as the 1984 Bhopal gas tragedy if the 2,500-ton cargo of naphtha gas aboard a tanker which ran aground off Panaji nearly a fortnight ago, happens to leak, state Congress chief Girish Chodankar warned on Wednesday.

What is Naptha gas?

“Naphtha is a carcinogenic, hazardous gas. The Nu Shi Nalini tanker is carrying 2,500 tons of it and it has been stranded off Panaji for nearly two weeks. The government has not been able to move it even an inch. If the gas leaks due to some unforeseen circumstances, it will have an impact on Goa which will be as severe as the Bhopal gas leak,” Chodankar said.

Over 3,500 people died and hundreds of thousands suffered various health complications after a gas leak at the Union Carbide plant in the Madhya Pradesh capital in 1984.

Chodankar also said that the Goa Chief Minister had also been unable to penalise officials, especially those from the Mormugao Port Trust, which had directed the unmanned tanker to be anchored five nautical miles off Goa’s coast, even as Cyclone Kyarr’s arrival in the Arabian sea was imminent.

The unmanned tanker Nu Shi Nalini ran aground on October 26 on the rocky shelf off Panaji near Raj Bhavan — the official residence of the Governor — after it was caught in a storm off the state, and has not moved position since.

A multi-agency operation, involving the Indian Navy, Indian Coast Guard, Director General Shipping, the Mormugao Port Trust and other state agencies, was subsequently launched to transfer the naphtha and nearly 50 tons of oil and 19 tons of diesel to other vessels.