One more go for the Coalition

The polls are calling it a tight race, and some commentators are predicting a minority Coalition government post March 23rd. 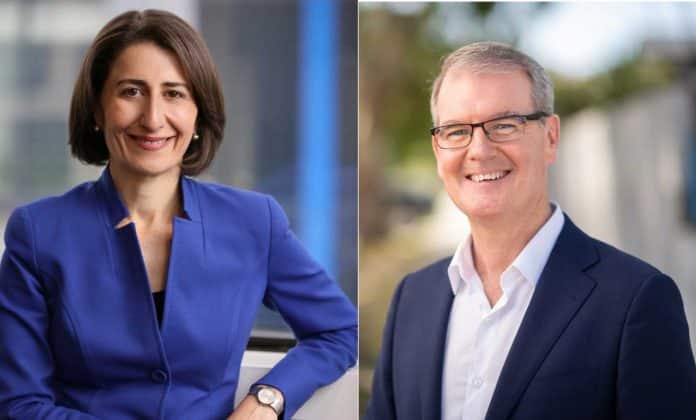 Reading Time: 3 minutesIt took a number of days, lots of phone calls, and a few requests from different well-wishers of Indian Link to gain access to Premier Gladys Berejiklian for an interview.
Opposition Leader Michael Daley on the other hand, within 72 hours of the request being put through, was on the phone prosecuting his case to lead a new government in NSW. On the phone, he seemed relaxed and confident, while Premier Berejiklian was in full campaign mode at 5 pm in the South Coast when she spoke to us.

For a government that is presiding over record economic growth of the state with low unemployment and is flush with cash, Berejiklian should perhaps be more confident of romping home in the elections. But the polls are calling it a tight race, and some commentators are predicting a minority Coalition government post March 23rd.
It was always going to be a difficult time for the NSW Coalition going into this election with the stench from the Federal Coalition wafting across NSW. Their only mode of survival was to inoculate themselves from the federal brand and state their own achievements. That is hard to do when you have the same DNA, but with limited choices, this is what they set out to do.
Premier Berejiklian took over the leadership just over two years ago after the resignation of Mike Baird. She had to stem the bleeding from the greyhound racing ban controversy and the controversy of the forced amalgamation of councils. She did well to move on these decisively, but was logged into other projects which she had little control over. The wounds from these infrastructure projects are still festering and the public seems to be getting limited clarity on them.
For the Indian-Australian community, the battlecry of the Australian Labor Party of better education and hospitals is a rallying call. With the Berejiklian government’s inability or unwillingness to explain better the issues behind the problems with the light rail or WestConnex or the Powerhouse saga, they seem to be losing votes in the Indian community heartland.  Some of the Liberal party members such as Geoff Lee, Ray Williams, Damian Tudehope, Victor Dominello and Matt Kean have forged close bonds well with the Indian-Australian community and will see their support at this election. Yet, other Ministers who may have been better available to explain some of the vexing issues, were not easily available.
The Labor Party on the other hand suffered from a change in leadership not very far out from the elections. Their star performers in the Indian community – Jodi McKay and Julia Finn have their staunch supporters. But there was limited narrative from the top to make any meaningful indent. The community remembers well the days of the Labor Party ruled NSW when there was paralysis in the government with no new projects or infrastructure building schemes.
Australia is going through an unprecedented phase of economic growth, in fact the only country in the world to be experiencing such continuous growth. This obviously filters down to the state level, and the Coalition has benefited from the local housing boom also.

The challenge will be the next few years as the property market slows and the government seeks to fund the infrastructure projects committed and planned. NSW could do well with a steady hand on the driving wheel, and the Coalition seems to be better experienced and positioned to do that.

We’re calling one more go for the Coalition, but this time round, there’s going to be a watchful community asking to be treated with respect, and consulted in the decision-making process. Otherwise, there’s a good team in the Labor Party chaffing to move into government offices.