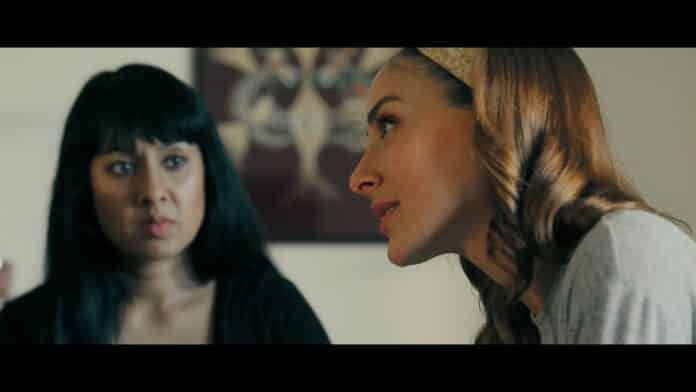 Reading Time: 3 minutesGhirija Jayarraj’s perspective comes in part from being an Australian filmmaker, and in part being an Indian classical dancer. For the most part, though, it comes from being an eternal optimist.
All three elements went into the making of her award-winning short film Touch (2017). Based on asylum seekers, the film continues to resonate nearly two years after it was made, having just come off yet another round of screenings at Perth and at Melbourne.


In between, it travelled the world, winning the Best Short Film award at Calcutta International Cult Film Festival 2016, the Best Actress award for lead actress Kani Kusruti at the Creation International Film Festival 2016, and screening at the Global Cinema Film Festival of Boston 2017.
According to Ghirija, she is essentially an artist not an activist, however it was important for her to tell the story of asylum seekers from a humanitarian angle. “Cinema is an influential medium that enables people to understand the gravity of the situation,” she told Indian Link. “My film is not an attack on anyone or anything; it just tells a story honestly.”
She continues, “Asylum seekers deserve a chance just like you and me. They are people with human emotions and have gone through so many traumas where they come from and when they come here they still don’t get a chance to live. We need to have empathy for them, we need people to be aware of this topic and we need to find ways to improve the situation.”

Sharing her experience on the making of Touch Ghirija revealed she wrote the script in two days flat.
“I tend to jump into things without thinking!” she laughed.  “All I knew was that I had a story to tell.  Having written it, I sat on it for some time and then rehashed it. At that time there was a threat of Ebola Virus going around. My friends warned me not to travel but I jumped on a plane nevertheless and flew to Kerala in India to shoot the 22-minute film. It’s amazing how similar Kerala’s culture is to Sri Lanka and I was more comfortable shooting there.”
It took another year for the final product to take shape. “Everyone who heard the story came on board to help, and I managed to collaborate with some of the best cinematic talent including Kani Kusruti and Jack Prabhu from India and Melinda Di Natale and Subi Slater from Australia,” said Ghirija.
Cinematographer Pradeep Kalipurayath is also the director of Strange, a 40-minute movie that has screened alongside Touch as part of the recent ‘Perspective’ events. (Featuring Malayalee Actors Roshan Mathews and Freddy KoiKaran Strange explores a peculiar characteristic that we humans possess through a light yet thought provoking narrative.)
Creative, mindful and articulate, ‘storytelling’ is Ghirija Jayarraj’s passion and filmmaking is in her DNA. In 1977 her father released a film in Sri Lanka called Kathirupen Unnakaga and her mother’s uncle S M Nayagam was a pioneer of Sinhala cinema.

Ghirija – Bharatanatyam dancer, dance teacher, theatre producer and curator – stumbled upon film making quite by accident. In 1999 while helping her parents with their community theatre show in Western Australia, she filmed what could be considered as one of the first Tamil short films in Australia called Paddikal. (Stepping Stone).

That became her stepping-stone to more short films and documentaries under Rajsha Productions. She studied film at Curtin University, specialising in directing and producing. She also started a U-Tube channel known as Shastram.
Then came an opportunity to work with asylum seekers that sowed the seeds for Touch. With nearly $20-25K spent on the film, the economic viability of such projects comes under question. Is the multicultural art scene in Australia striving or thriving?
Gjirija was quick to reply that to her, the term multicultural artist seems a bit marginalised. “We are creating work that does not cater to any particular community. It is for overall consumption. I am influenced by cinema from across the globe including India, Britain and Sri Lanka but I am an Australian artist, born and brought up here. I learnt my craft in Australia. My work is Australian and I do not like to be labelled as multicultural.”
“Artists from any country find the initial years of establishing their careers challenging. I would love to be a full time artist, however, it is my career as an auditor with a multinational company that sustains me financially. A lot of my projects have been self-funded but my work is now slowly getting recognised and I look forward to my next commercial venture,” said Ghirija candidly.
Ghirija’s goal is to make 10 short films before making a proper feature film and she is well on her way to achieve that dream.