No mega idols this Ganesh season either, as no-frills celebrations planned 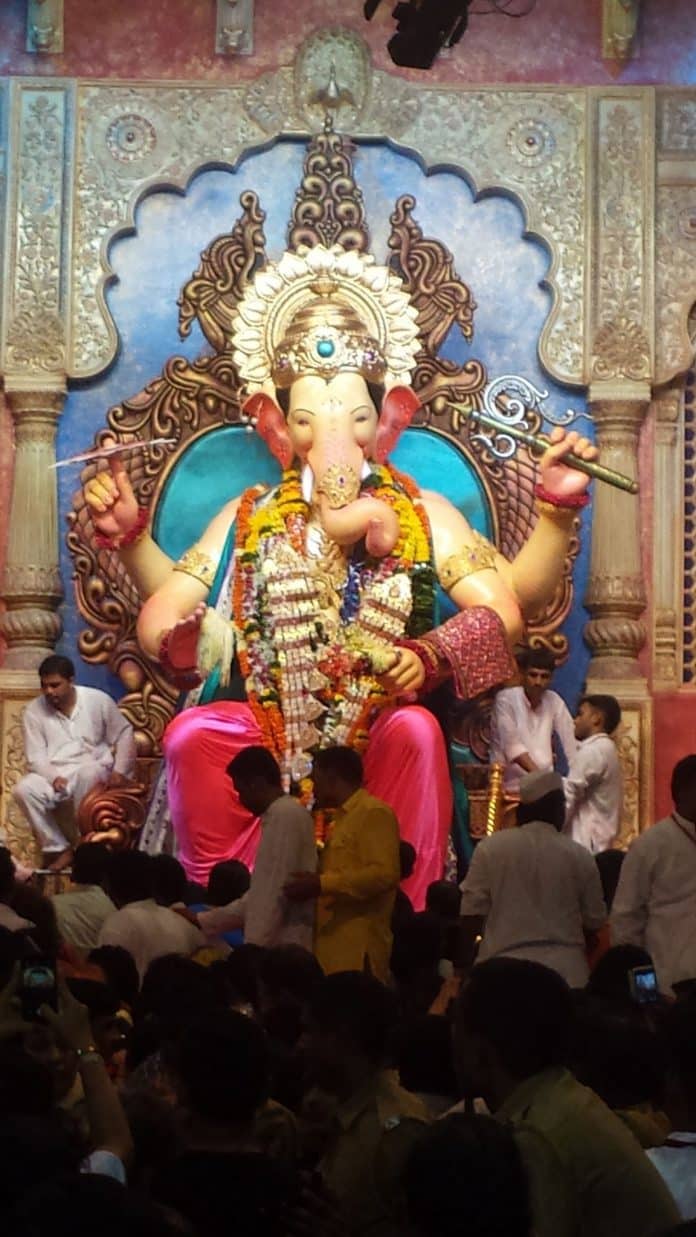 For the first time in its 86-year history, Mumbai’s famed and iconic Lalbaugcha Raja Ganesh idol will not be established during the upcoming 11-day Ganeshotsav.

Instead, the 11-day fest at the traditional marquee in Lalbaug area of south-central Mumbai will be transformed into a mammoth but unique ‘Arogyautsav’ (health fest), marking another first in the 127-year-old history of Ganeshotsav in the state, starting on August 22.

The visible differences in 2020 will be in adherence to Chief Minister Uddhav Thackeray’s appeal to celebrate Ganeshotsav 2020 with more devotion and less pomp in the wake of the ongoing COVID-19 pandemic.

“During the ‘Arogyautsav’ we shall have 11-days of blood and plasma donation camps, help families of the soldiers martyred in the recent India-China border skirmish, Maharashtra Police personnel who lost their lives in the ongoing war against virus and other Covid-19 warriors,” Sudhir Salvi, Secretary, Lalbaugcha Raja Sarvajanik Ganeshotsav Mandal (LRSGM) said.

The LRSGM will also donate Rs 25 lakh to the CM Relief Fund for Covid-19 aid, he said.

To a query whether there will be token celebrations with a small idol, Salvi replied in the negative but added: “People have tremendous faith in Lalbaugcha Raja, so they may still come, we have to ensure physical distancing, besides following all the health and hygiene norms.”

Following Thackeray’s recent plea, all Ganeshotsav Mandals in the state took a voluntary decision to restrict the height of Ganesha idols to less than four feet, unprecedented in over four decades since the trend of gigantic idols started.

The normal imposing, 15-feet plus tall idol of Lalbaugcha Raja, Ganesh Gullycha Raja, Andhericha Raja and other popular mega-idols in Mumbai, Pune and other cities will be conspicuous by their absence in the Maharashtra Ganeshotsav celebrations.

A majority of the mandals have decided to have subdued, no-frills celebrations with small, manageable idols as there will be no huge processions or the elaborate immersion ceremonies at seafronts or other water bodies, as decided by the government.

Given the current crisis, all mandals would now concentrate on social activities related to the pandemic and make arrangements for online “aarti”, “puja” or “darshan” to the devotees to avoid crowds, he pointed out.

READ ALSO: Indian priests wary of sanitisers due to its alcohol content

Online abuse: How you can protect yourself and your community