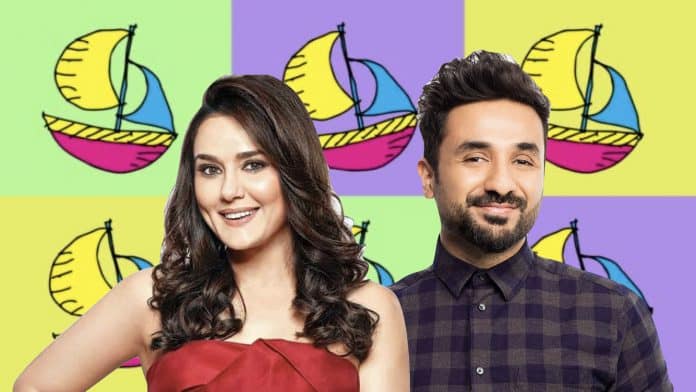 The American sitcom Fresh Off the Boat will finally see its spin-off taking shape as the tentatively titled Magic Motor Inn, and bollywood star Preity Zinta and Indian actor comedian Vir Das have been roped in to guest star in an an episode.

Fresh Off The Boat is a show which follows the lives of a Taiwanese-American family in Florida in 1990s.It revolves around the Huangs, a Taiwanese-American family comprising parents Louis and Jessica, their children Eddie, Emery, and Evan, and Louis’s mother, Jenny. The upcoming episode will centre around an Indian family whose daughter attends school with Eddie. Zinta will portray an Indian-American matriarch Meena, while Vir Das will essay the role of girl’s father DC.

Produced by 20th Century Fox TV, now part of Disney Television Studios, the show was then being eyed by ABC. Rachna Fruchbom, an Indian-American, is presently under an overall deal with 20th Century Fox TV. Starting off as a writer on Fresh, she rose to being the supervising producer on the show. Apart from writing the show, Fruchbom will also serve as the executive producer on Magic Motor Inn, along with Fresh executive producers Jake Kasdan and Melvin Mar.

While a lot of TV shows and films, in their bid towards fair representation, are engaging actors of color (most recently, Dev Patel in Amazon Prime’s Modern Love), their efforts have mostly been limited to South Asian actors in the diaspora. The casting of Zinta and Das, who are based in India and have very active careers in the country, is a welcome change and, hopefully, will set an example to be followed by other content creators.

Fresh Off The Boat, currently in its sixth season, airs on ABC in the US. Zinta is best known in Bollywood for films such as Dil Chahta Hai, Veer Zaara, Kal Ho Naa Ho and Koi… Mil Gaya, among others. Her last release back home was 2018’s Bhaiaji Superhit. Vir Das is a comedian, a YouTube star, and an actor. He has two Netflix specials, Abroad Understanding and Losing It, has made his late-night American TV debut on Conan and has appeared in the recent Amazon Prime series, Jestination Unknown. He was also a part of the Whiskey Cavalier cast.

A new immigrant family from another country will be introduced in the show through an episode that will be filmed in mid-November. Fruchbom served as a writer for the first two seasons of Fresh Off The Boat and was upped to producer in Season 3. She previously worked on NBC’s Parks and Recreation.