Independence Day: Free to be free

Freedom isn't just about living in a 'free society', it's also about breaking away from self-created internal obstructions. 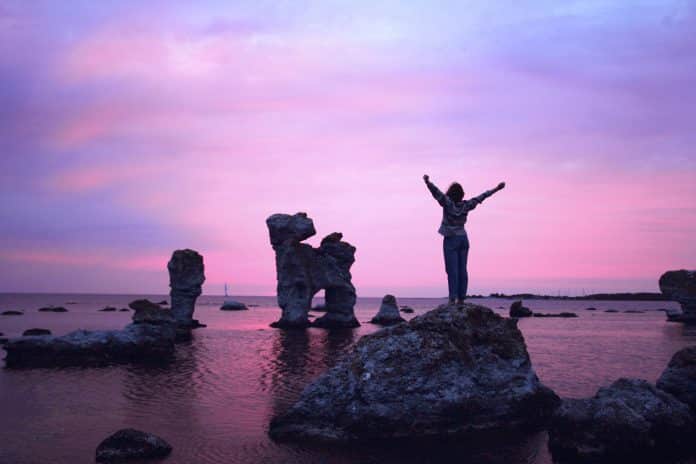 Reading Time: 2 minutesThe concept of freedom is one that continues to resonate in our modern lives. Many people, even in today’s world, are fighting repressive regimes in a quest for self-determination. Others in supposedly “free” societies are up against invasive new technologies and self-interested governments that they see as curtailing their personal freedoms.
On an individual level, we struggle against self-created obstructions in our own minds that keep us from living fully free lives. Identifying these internal and external shackles is the first step towards reclaiming freedom.

Freedom is about choice – in our political, economic, religious, social, cultural and personal lives. Freedom stands for equality in societies – such as when there is protection and welfare as well as acceptance and respect regardless of your skin colour or ethnic background, instead of persecution and discrimination, and denial of access to health, education and housing.
Freedom means safety and security in societies – such as when people are free to follow their religious faith and don’t have to flee in leaky boats on long, dangerous journeys to lands that may or may not accept them.
Freedom is about personal safety and security – such as when every woman feels safe around her partner, when the honour of our communities does not depend on the virginity of our women, when a 13-year-old girl in Pakistan can go to school without being shot in the head; when a 20-something woman in Delhi can take a bus back home at 8pm without being attacked, when an entertainer seeking work in New York is not abused by those in power, when prime ministers in Australia or New Zealand are not reminded so often that they are women, when female workers earn just as much as their male counterparts.

Freedom means having control over our own bodies, and being able to love and marry who we want, regardless of religious, racial or gender bias. Freedom is being able to speak and live without fear. It allows self-development and self-improvement.

Of course, freedom does not mean everything goes your way, rather that when they don’t, you have available to you the ways and means to redressal.
Yet freedom also means being able to express an opposing view or a dissenting ideology without fear of repercussion. Equally, it represents a willingness to allow a range of positions or multiple perspectives, and a readiness to dialogue respectfully. Free societies, it has been said, are built on disagreement, compromise, and tolerance.
Freedom negates an “Us vs Them” ideology. In the end, it comes down to that old adage, simple and yet so profound: live and let live.
It is a message we need to have another close look at, as we mark the 71st Independence of India’s Independence and celebrate its democracy.