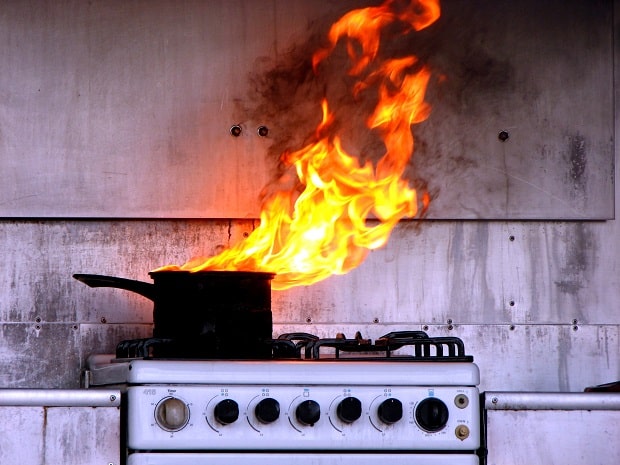 Green leafy vegetables are good for you (whichever way you eat them!)

This happened quite a while ago, back in India, during my college days. I was in my final year and very close to graduating so I decided to invite some college friends over for lunch to celebrate my birthday. My sister-in-law offered to cook palak paneer and I thought I would whip up my famous pani puri to serve as an appetizer.

I felt quite good having opted for the easier of the two dishes to make. The “puris” were ready made, I only needed to prepare the pani so I came back earlier than usual from college and set about doing my stuff. I took out all the ingredients, whizzed them through the blender and put them in a bowl. I got interrupted by the door bell and ran to let my friends in.

Everyone wished me “Happy Birthday” and had brought presents! I got really flustered and excited. All thoughts of the pani puri got shoved to the background, as I started ripping open my presents.

I realised I had promised them my famous pani puri so I went to the kitchen to get it. All I had to do was add the icy cold water to the ground mixture in the bowl which I quickly did, decorated it with boondi; and very confident of my speciality, served it without tasting it. One by one all my friends tasted it and each one of them put their plates down with a very weird expression on their faces. The expression was an amalgam of confusion and pure disgust! What on earth was going on? Why in the world were my friends acting like I had fed them rat poison?

I quickly tasted it myself and wished I were dead!

My sister-in-law who was making palak paneer had ground the palak and some masalas in a similar bowl to mine. I had accidentally served that with the gol gappas and she in the mean time had come into the kitchen and put my pani puri mixture in the palak paneer! The outcome was two really bizarre dishes! “Palak Puri” and “Pani Paneer”! Basically there was nothing to eat on my birthday!

There were presents for sure… but was I going to give anything back to my friends? No sir! I was going to starve my friends on my birthday! A party they’d never forget.

I was newly married and very eager to please my in-laws. In those days there were huge expectations from daughters-in-law, especially in the first couple of years of marriage.

I had only been married a few days and my in-laws were coming over for their very first meal at our place, which meant they were going to taste my cooking for the very first time. I am a very good cook, confidant of my culinary skills, but on this occasion was nervous nevertheless because it was my in-laws I had to impress.

I had decided to go the extra mile and prepare a huge feast. Since cooking came so naturally to me I never followed recipes. My dear mother had taught me all the tricks and I had made her proud. I used my instincts when it came to adding in masalas. After a full day of laborious cooking I was very pleased with the sumptuous spread.

My in-laws arrived very punctually and after the pleasantries were exchanged, dinner was served. A very strange expression came over their faces the moment they tasted the food. They all seemed to be exchanging glances and smiles that didn’t exactly say “WOW”! What were these smiles about? What on earth was going on? I was so busy serving everyone I hadn’t tasted the food yet. Maybe it was time to do so. I quickly put some food on my plate and into my mouth. Why did everything taste like desert? Oh my God! I had put sugar in the food instead of salt!

Nothing goes to waste here!

I was cooking a chicken soup one night, along with some fried chicken, as an appetizer before the main course.

When the chicken was fried I realised there was some unused corn flour lying around. I thought it would be a terrible waste to throw it away, so I decided to use it in the soup. The excess corn flour in the soup completely destroyed it, rendering the main course inedible to all and sundry!

My husband tried to eat it on account of the fact that he was starving. However, it was an exercise in futility because it tasted like goo! My kids didn’t have it either; they hated it. I thought, the hell with this, I’ll eat it myself, but spat it out as soon as I tried it. So I decided to just throw it to the dog. The dog examined it from all sides and looked at me like I was crazy serving him a dish like that! Even the dog didn’t eat my cooking!

To salvage a little bit of corn flour, I had destroyed the family’s entire meal and wasted two chickens!

I was visiting my cousin in London and decided to try my culinary skills on him. He was a bachelor and a very bad cook so I had a great chance of looking really good in front of the really bad. I decided to make aloo ki sabzi (curried potatoes). It was the simplest recipe and would be easy, or so I thought!

The family cook back home had said to heat up the oil and put red chilli powder in it before adding the potatoes. I put the oil in the pot to heat and settled in front of the TV to cut the potatoes and got completely absorbed in the television show that my cousin and I were watching. After a while my cousin said, “I smell something burning in the kitchen” Oh dear! I had completely forgotten about the project I had commenced!

I ran to the kitchen. The oil was burning hot and there was smoke everywhere. I told my cousin to open the window and proceeded to put chilli powder in the oil. As soon as I threw in the chilli, the oil flared up into flames! I screamed. My cousin rushed into the kitchen. He was horrified to see the flames and grabbed the burning pot and shoved it under the tap in the sink. As soon as the water hit the oil the flames burst out of control and hit the ceiling! I screamed hysterically.

My cousin, realising that the apartment was going to be on fire pretty soon, grabbed the flaming pot and made a mad dash for the balcony. Meanwhile I was screaming hysterically and waving a very sharp butcher’s knife in the air. My cousin saw the knife coming straight at him and to avoid being stabbed, he made a sharp turn right into the glass dinning table which moved with his weight and jammed into the gyprock wall, putting a big dent in it!

He somehow managed to escape all this drama and make it to the balcony door. The fire alarm was deafening. There was banging on the front door and seconds later the concierge burst into the apartment. I just kept screaming uncontrollably throughout this fiasco.

The fire was finally put out. The pot had to be left outside overnight for it to cool down. My cousin was bleeding from having hit the glass table’s corner while trying to avoid being stabbed by me. The land lord had to be informed about the big dent in the dinning room wall and the black kitchen ceiling, and of course my cousin had to pay for all the damage!

Oops! All I was trying to do was make aloo ki sabzi.

It was a beautiful cloudy day and my whole family demanded breakfast in bed. The boys all had a day off from school and my husband and I always started the day late anyway, so I decided to spoil everyone. They all wanted an English style breakfast with the works; eggs, baked beans and toast. But unlike the English, they wanted their eggs boiled. With at least two eggs per person it came to ten eggs in all so I decided to boil the entire case of a dozen eggs.

As soon as I put the eggs on the phone rang. Mrs Sharma’s son was in love with a gori and she was devastated, and of course 9 o’clock in the morning was the best time to bring it up. I got completely engrossed in the soap opera that was Mrs Sharma, The Son and His Gori. Kind of like The Lion, The Witch, and The Wardrobe! Gossip had a strange way of giving immense satisfaction to all participants. The eggs were completely out of focus by now and the screams for breakfast that came from up stairs were totally muffled. The only thing that was crystal clear was the gori dragon who was about to enter Mrs Sharma’s life.

The loud wail of the fire alarm made me jump out of my skin and brought the rest of the residents of the house come thundering downstairs. THE EGGS!!! Oh my God! Mrs Sharma had to be stopped or the fire engines would be parking outside pretty soon! The eggs no longer existed! They had boiled themselves to death; all the water was gone and the eggs were now on the ceiling! Instead of breakfast in bed I had given my family a special treat with breakfast on the ceiling!

Check out our Pinterest board for more food fails