Five 'must-read' books to look forward to in July 2017 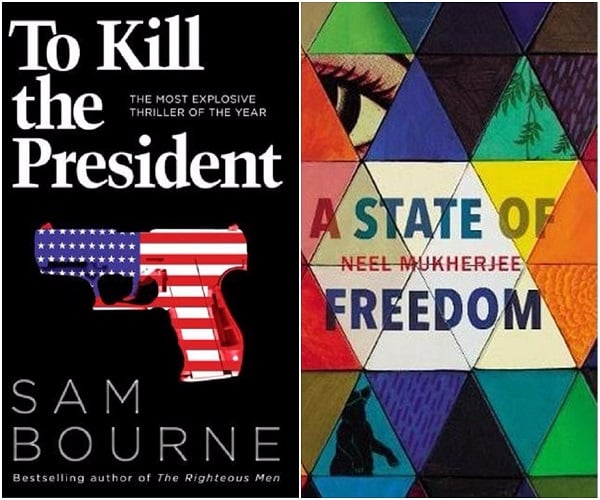 The month of July comes as a boon to fiction readers as several prominent novels are slated to hit the stores. So, stay tuned.

The current trend in Indian publishing space, as also globally, shows a phenomenal rise of nonfiction while the number of fiction titles have dipped significantly over the past couple of years.

The month of July, however, will come as a boon to fiction readers as several prominent novels are slated to hit the stores.
Here are the five books that we can’t wait to read in July:
The Lovers by Amitava Kumar (Aleph)
This novel is about a man in search of a love story. Our narrator Kailash is a new immigrant, eager to shine and in his account of his years at a university in New York, he takes us through the bittersweet arc of youth and love. Manifest in the narrator’s first years and first loves is the wild enthusiasm of youth, its idealism, chaotic desires and confusions.

Funny, meditative, and shot through with waves of longing, the book explores feelings of discomfort about cultural misunderstandings and the lack of clarity between men and women.
Without Prejudice: Epic Tale of a Mumbai Bar Dancer by Devasis (Niyogi Books)
A novel on the life sketch of a fictional Mumbai Bar Dancer, the book delves deep into the roots of their evolution as dancers and attempts to answer how the sudden decision of closure of the Dance Bars ran the danger and risk of depriving a section of the populace of a dignified (albeit not being seen so by some sections of society) way of earning their living.
The damage caused by certain archaic laws to certain sections of the Indian populace and how the government, administration and general public are completely unaware of the injustice meted to women from these communities is also highlighted in the book.
Neel Mukherjee, the author of two previous novels, “A Life Apart” (2010), which won the Writers’ Guild of Great Britain Award for best novel, and “The Lives of Others” (2014), which was shortlisted for the Man Booker Prize, returns this July with his third novel.
In “A State of Freedom” by Neel Mukherjee, five characters find out the meanings of dislocation, and the desire for more.

Moving between the reality of this world and the shadow of another, this novel of multiple narratives — formally daring, fierce but full of pity — delivers a devastating and haunting exploration of the unquenchable human urge to strive for a different life.
Navigating India by Bharat Joshi (Rupa)
This is a non-preachy, non-prescriptive and unbiased account of the possibilities that define India amidst magnificent paradoxes. It provides an experiential compass through first-hand accounts and insights from some of India’s most respected names in business, public governance, diplomacy and intelligentsia.

It lucidly explains the frequent and vital intersections between the government and business, culture and modernity, demographics and democracy — all of which are vital to understanding India.
To Kill the President by Sam Bourne (HarperCollins)
The United States has elected a volatile demagogue as president, backed by his ruthless chief strategist, Crawford ‘Mac’ McNamara. When a war of words with the North Korean regime spirals out of control and the President comes perilously close to launching a nuclear attack, it’s clear someone has to act, or the world will be reduced to ashes.

Maggie Costello, a seasoned Washington operator and stubbornly principled person, discovers an inside plot to kill the President — and faces the ultimate moral dilemma. Should she save the President and leave the free world at the mercy of an increasingly crazed would-be tyrant — or commit treason against her Commander in Chief and risk plunging the country into a civil war? This blockbuster thriller will keep you hooked to its pages.