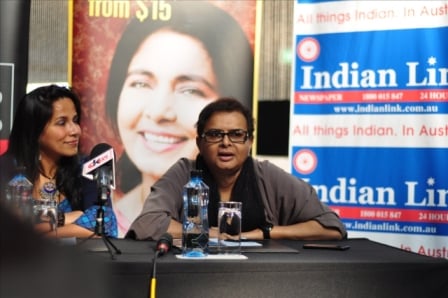 Reading Time: 2 minutesRituparno Ghosh, one of the strongest Indian filmmakers in the post-Satyajit Ray period who excelled in analyzing human relationships and societal issues, died in Kolkata on May 30. He was 49.

Rituparno, who was suffering from pancreatitis, passed away at his South Kolkata residence in sleep around 7.30 a.m. following a massive cardiac arrest, film industry sources said.
Chief Minister Mamata Banerjee rushed to his residence. “Rituparno’s comparison is only Rituparno,” said Banerjee, deeply mourning his death.
A bachelor, he was a versatile and innovative genius. While his films won 12 National Awards besides claiming the honours at national film festivals, Ghosh got acclaim for his acting in movies like “Memories in March”, and wrote scripts, which were hailed by the critics.
Born Aug 31, 1963, in Kolkata, Ghosh started his career in the world of advertisement, and shifted to celluloid in 1992 with the Bengali movie “Hirer Angti”.
But he shot into prominence with the 1994 offering “Unishe April”, that bagged the National Award for best feature film and won Debashree Roy the honours in the best actress category.
His other National Award winning Bengali films are “Dahan”, “Bariwali”, “Asukh”, “Utsab”, “Shubho Mahurat”, “Chokher Bali”, “Dosar”, “Shob Charitro Kalponik” and “Abohoman”.
Kirron Kher starrer “Bariwali” also took away the NETPAC award at the Berlin International Film Festival in 2000.
Rituparno’s last release “Chitrangada” (2012), where he also acted, won the Special jury honours at the National Film Awards.
In 2007, Ghosh made his only English move “The Last Lear”, that starred Bollywood megastar Amitabh Bacchan. It won the National Award for the best feature film in English.
He also directed two Hindi movies – “Raincoat” (2004) and “Sunglass” (2012). The former was adjudged the winner of the best feature film in Hindi at the National Awards.
Besides “Chitrangada”, Ghosh acted in the movies “Ekti Premer Golpo” and “Memories in March”.
A learned man, Ghosh had his schooling from South Point – that for years found a place in the Guinness Book of World Records (as it was then called) for its number of students – and later pursued economics at Jadavpur University.
He also wrote lucid and fluent prose, and his Bengali column in a local daily was widely read.
A pall of gloom descended on the Bengali film industry as the news of his death spread.
Thespian Soumitra Chatterjee found it difficult to accept Ghosh’s untimely death. “Really, I cannot believe he is no more. We have lost one of our most promising film directors.”
A large number of shocked colleagues and friends gathered at the home of the much awarded filmmaker as news of the death spread.
IANS