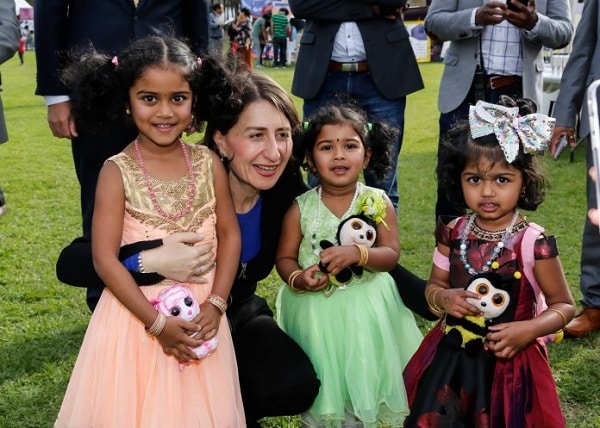 Having just finished with the multiple events to mark a very special Gandhi Jayanti this year – the Mahatma’s sesquicentenary – you could say we are well and truly into our long-drawn festive season. The Garbas have been on full-swing (in more ways than one!), Durga Puja is upon us, the Diwali feels are gradually coming on, and the Sikh community is gearing up for its own milestone 550th anniversary.

With 700,000 of us Indian Australians, the celebrations – both religious and festive – now cater to all age groups, cut across regional divides, and vary in style and size. While the Garba events can bring together 6000-10,000 people over the course of a few nights, multiple smaller festive events are held across the community for revellers to meet on more intimate settings.

What has been wonderful to observe in recent celebrations, is the joining in of the younger members of the community. Whereas once these festive events were the domain of the ‘uncles and aunties’ alone, now they are buzzing with youngsters not shy of bringing out their best traditional attire, ready to celebrate their cultural heritage.

Many of these are youthful New Australians who have high affiliation and connection with the country of their birth India, and express this in many more ways than the old guard did. On the other side of the spectrum i.e. the mainstream, there is similar change and increasing inclusivity, such as a broader awareness about Diwali for instance.

Kudos for this can be shared by many, not in the least our state governments who have facilitated these celebrations on the mainstage, such as NSW’s lighting up of the Sydney Opera House or Victoria’s mega Diwali at Fed Square. For the first time this year, the 550th birthday anniversary of Sikh faith founder Guru Nanak Dev Ji will be marked across Melbourne thanks to a Victorian Government initiative, in which major monuments will be lit up on 12 November in the faith’s saffron colour, including Bolte Bridge, the Arts Centre, Melbourne Museum and AAMI Stadium. (This comes on top of a $200,000 grant to the Sikh community to organise a range of events throughout October and November this year).

Credit also must be given to the many community organisations who year after year put in much effort towards their melas and big events, oftentimes their enthusiasm and zeal outweighing the resources at hand to pull these off. These large-scale events have now begun to attract mainstream Australians, some who may just be passing through, others who may have heard about a fun day out and made an effort to be there. As always at Diwali, we’re putting the idea out to bring an Australian friend along to your favourite Diwali event, or have the family next door join you for your family’s Diwali celebrations.

In another welcome trend, Diwali is gradually making an appearance at work too, thanks to the extended reach of the working Indian Australian across various services and corporates.

It’s a heartening experience seeing such acceptance of diversity. With acceptance comes understanding, and with understanding, respect. With the Indian Australian community growing at an estimated 3 to 5% a year, this can only help make settlement in the new country a lot easier for new migrants, students and sojourning professionals.