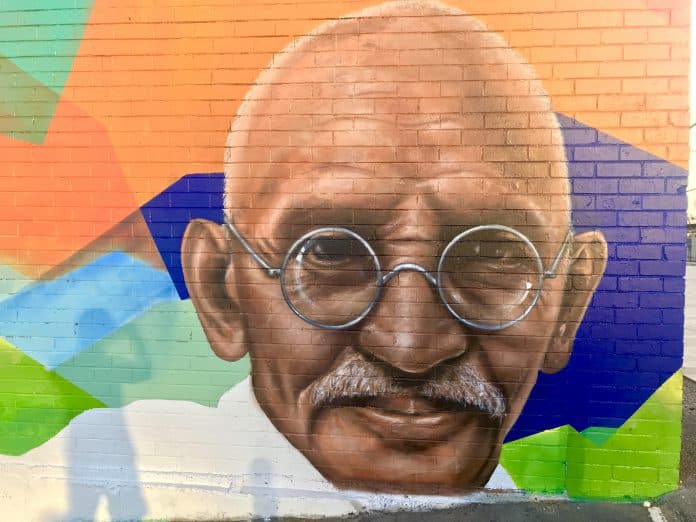 Reading Time: 5 minutesMelbourne’s Little India Cultural Precinct was established in central Dandenong about 25 years ago. And since then, the precinct has been home to several Indian businesses including textiles and fashion, restaurants, groceries, other retail shops, a museum and the head office of Federation of Indian Association of Victoria (FIAV).
The Indian precinct is situated in and around Foster Street, right next to the Central Dandenong railway station. But in spite of being in a central and ideal geographical location, the precinct has never been one to attract the residents, both local and otherwise. A sense of neglect evades as you walk into the precinct, with none of the vibrance, history or cultural ethos of what India stands for in a global perspective.


In 2015, the Minister for Multicultural Affairs Robin Scott announced officially that Dandenong will be home to Victoria’s first ever Indian Cultural Precinct and promised a funding commitment of $500,000 to revive and re-develop the existing precinct. (Wyndham and Monash were also earmarked for Indian precincts).
While not a huge amount, this funding commitment was a refreshing boost to both the Central Dandenong Council and the Indian community at large, since both parties have been rallying to uplift and re-develop the precinct for many years as it holds much social, economic and cultural potential.

Mr. Vasan Srinivasan, former President of FIAV (2009-2014) and a well-respected community leader said, “We have been striving and working towards the development of the Indian precinct for so many years now. The Council has done a commendable job in reaching out to the community taking their interests on board and putting the funding to its best use. But we hope that the Government lends its support too to ensure the re-development of the Indian precinct and not let it go to ruins once again.”
Speaking to Indian Link, Mayor, Cr Youhorn Chea said that it is an honour for the Council to be recognised as Melbourne’s first Indian Cultural Precinct.
“More than 85,000 people of Indian origin live within 20km of Dandenong and more than 17,000 people from the Indian subcontinent choose to call the City of Greater Dandenong home. We consulted extensively with the community when we were creating the Indian Cultural Precinct Framework and the community spoke a lot about the look and feel of the precinct and wanted the street to match the colour and vibrancy of the retail offer seen in the shops. This is just the start and I personally look forward to watching as this space takes shape.”
A taskforce was formed which included representatives from the Department of Premier and Cabinet (Office of Multicultural Affairs and Citizenship), Places Victoria and the City of Greater Dandenong as well as leaders of speciality perspectives including business, faith, community; festivals/events and youth.
The Council engaged the services of a highly experienced community facilitator, who conducted a series of discussions/conversations/activities with the community members from all the different perspectives, Little India traders, local stakeholders, overseas students, event managers and media.

First of its kind, the discussions were a highly welcome initiative as they helped the taskforce to gain an insight into the expectations and shared visions of the residents from all walks of the Indian community with regard to the precinct. It also initiated conversations about changing perspectives and how the precinct can be further strengthened to ensure economic and cultural viability, staying relevant to the present yet prepared to embrace the future.
Based on the research conducted by the taskforce, the Dandenong Indian Cultural Precinct Framework was prepared which captured the community aspirations and the shared vision over the short, medium and long term. The framework also identifies 140 initiatives which were broadly categorised under the six Precinct Objectives: Presentation and Curation, Trade Experience, Marketing and Partnerships, Festivals and Events, Community Hub and Development.
The initial projects undertaken by the taskforce included an overall visual revitalisation of the precinct which will inject more colour and vibrancy into the area in the hope of drawing more visitors to the precinct. Street art by local artists emerged as a popular idea and four highly experienced artists, Rowena Martinich, Geoffrey Carran, Mike Eleven and Julian Clavijo were roped in to create three new artworks.
At the Mason Street carpark, the mural Adornment by Rowena Martinich and Geoffrey Carran pays tribute to the vibrant and colourful textile history of India. The bright, colourful and intricate patterns and designs on the mural are also a souvenir to Little India’s textile and fashion traders, one of the longest standing clusters of Indian commerce and cultural expression.
“We are drawn to colour,” the artists observed. “We wanted to create something that would brighten the day of passers-by so we decided to take colour from inside the shops and project it outside.”
The Mason Street work Between Two Worlds by Springvale raised artist Mike Eleven explores the young, modern and progressive face of the Indian community. Mike has always been a strong voice when it comes to cutting edge street art; his murals and artworks have earned him a place as one of the 40 most iconic artists in the Melbourne Street Art Guide.
He chose as his subject Aishwarya Pokkuluri, Greater Dandenong’s 2018 Australia Day Young Leader of the Year. The mural pays tribute to her extensive volunteering efforts for the marginalised and underprivileged. As well, in a twin representation, it stands for second and third generation Indians who have blended seamlessly their two worlds of Indian upbringing and Australian lifestyle.
“The work depicts how Aishwarya moves between both worlds effortlessly and acts as a bridge between tradition and progress,” Mike told Indian Link.
In the third artwork, internationally renowned Melbourne artist Julian Clavijo pays homage to perhaps the best known Indian in the world, with his mural Mahatma Gandhi (Halpin Way, former Substation). Along with being a vibrant and positive piece, this mural will be a conversation starter about Gandhi’s message of non-violence and peaceful co-existence. This themed mural also coincides with the digital exhibition titled “Mahatma Gandhi: An Immigrant” currently on at Melbourne’s Immigration Museum.
A suggestion to erect a statue of Mahatma Gandhi at the entrance to the Indian precinct is also being considered and a survey was held among the community to understand the feasibility of the idea.
Apart from these prominent artworks, there are also landscaping works being deployed to improve the visual impact and make the street more welcoming and visitor friendly. Future projects involving branding with a specific colour palette is also in the pipeline which will further enhance the visual impact of the precinct.
While the City of Greater Dandenong and the Indian community has come together and the unified voice for the re-development of the Precinct is at its loudest, nothing can be achieved if the existing and future Governments do not lend support.
For more information on the Little India Precinct go to www.greaterdandenong.com/littleindiaculturalprecinct
- Advertisement -
Share
WhatsApp
Facebook
Twitter
Linkedin
Previous articleMelbourne car crash tragedy: A fundraiser for the family
Next articleWhy you haven't got your Australian citizenship yet