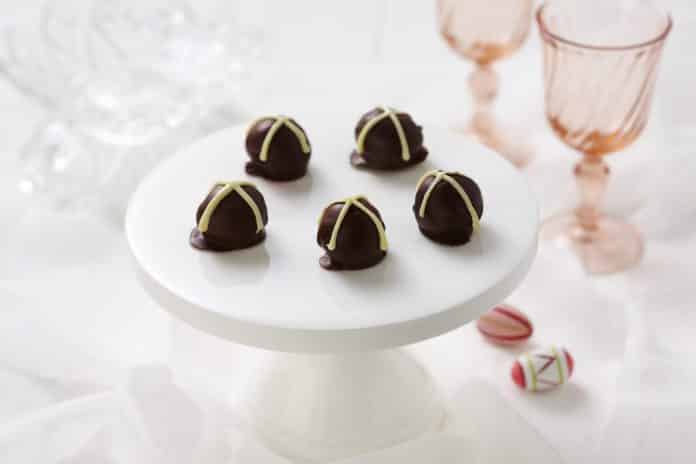 Reading Time: 4 minutesContaining sugar, spice and all things nice; try these delicious Easter recipes!
The exact provenance of the tradition of baking hot cross buns is unknown, but has been variously attributed to paganism, Christianity, the ancient Romans and the ancient Greeks.
According to some historians, Pagan Saxons would bake special cakes and buns at the time of the northern spring festival in honour of the goddess Eostre (which is also likely the origin of the term ‘Easter’). It is said the cross was drawn on the cakes to represent the four quarters of the moon, the four seasons and therefore the ‘wheel of life’.
Other historians suggest the hot cross buns derived from Ancient Greek and Roman breads marked with crosses to allow diners to easily divide loaves into four pieces. It’s suggested the English word “bun” probably came from the Greek boun, which referred to a ceremonial cake offered to the gods.
For Christians, the cross on the bun was drawn to represent the crucifixion of Christ.
The traditional English custom of eating spiced buns on Good Friday came from Tudor times. During the reign of Elizabeth I, a decree was issued forbidding the sale of spiced buns except at burials, at Christmas or on Good Friday. Many thought bread baked on Good Friday would never go mouldy or that hot cross buns hung in the kitchen would protect the household from evil spirits.
The first written evidence of crosses appearing on buns, in remembrance of Christ’s cross, are recorded in a 1733 text called Poor Robin’s Almanac with the lines, “Good Friday comes this month, the old woman runs, with one or two a penny hot cross buns.”
Today the popular children’s rhyme includes the line, “If you have no daughters, give them to your sons, one a penny, two a penny hot cross buns.”
In 2013 supermarket giant Coles sold more than 40 million hot cross buns across Australia while last year Woolworths expected to sell more than 50 million buns in the lead up to Easter. So, why not try making your own this Easter with these recipes from Dairy Australia’s The Dairy Kitchen!

Method
Combine yeast, 1 teaspoon sugar and warm milk, cover and stand in a warm place for 10 minutes, until frothy.
Sift flour, milk powder, salt, remaining sugar and spices. Add butter, sultanas, currants, mixed peel, yeast mixture, water and eggs. Mix to a soft dough, cover with a tea towel and stand in a warm place for 40 minutes, until doubled in size.
Knead dough on a lightly floured bench until smooth and elastic. Divide dough into 16 pieces and knead each into a round bun. place buns onto a lined baking tray, cover and stand in warm place for 15 minutes.
For crosses, combine flour and water into a soft paste, place into a piping bag and pipe a cross on each bun. Bake at 220°C for 15-20 minutes. For glaze, combine brown sugar, cinnamon, gelatine and extra water in a small saucepan. heat for 1-2 minutes or until the sugar and gelatine has dissolved. Brush hot buns with glaze.
Flavoured Butters
Combine 125g softened Australian butter with the following ingredient variations for delicious flavoured butters to serve with hot cross buns, muffins, pannetone or pancakes!
Maple Pecan Butter: 1 tablespoon maple syrup, 2 tablespoons finely chopped toasted pecan nuts
Orange, Lemon and Lime Butter: 1 tablespoon icing sugar and 1/2 teaspoon of finely grated zest of an orange, lemon and lime and 1 teaspoon lime juice.
Rum and Raisin Butter: Soak 2 tablespoons chopped raisins in 1 tablespoon of rum until plump, drain and combine with butter and 2 teaspoons icing sugar.
Honey Ginger Butter: 2 teaspoons honey, 1 tablespoon finely chopped glace ginger.

Method
Place biscuits in a food processor and process into crumbs, remove to a bowl.
Process fruits, cream cheese, spices, rum and grated chocolate until just blended. Return biscuits to processor and pulse until just combined.
Roll teaspoonfuls of mixture into balls and chill until firm.
Roll truffles in melted dark chocolate and refrigerate until set. Spoon white chocolate into a snap-lock bag and push to one corner, snip the corner off and pipe white chocolate crosses on to each truffle. Refrigerate until set before serving.
Note: Truffles can be made up to a week ahead and refrigerated in an airtight container.