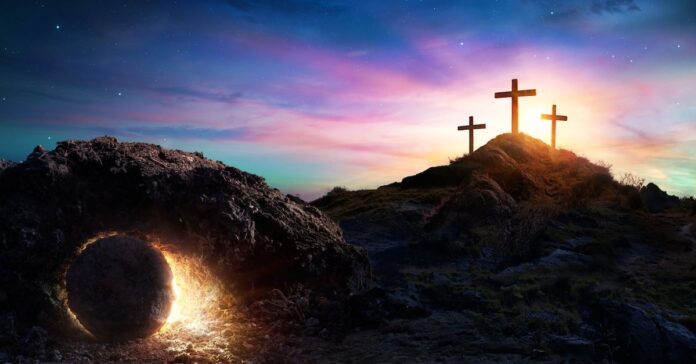 This Easter break we hope to catch a final burst of warm autumn sunshine before winter truly starts settling in. I’m a bit reluctant to divulge details of our trip to my family back home, as I can almost hear them say in hushed, slightly shocked tones, “You’re travelling on Easter Friday? But what about going to church?”

Now it takes a long while and lots of explaining to my staunchly Catholic family back home that Easter brings with it, for the majority of Australians, all the charm of a well-deserved long weekend. Of course, some people here do observe Lent, giving up eating meat or certain favourites. But the others, well, they just look forward to a range of hot cross buns and the pleasure of four days of holiday bliss before returning to the commitments of work, routine and a chilly winter.

In my childhood I couldn’t ever imagine spending the days up to Easter in ‘holiday’ mode. In fact, it was quite the opposite. Starting with Ash Wednesday that signifies the beginning of Lent, the forty days leading up to Easter Sunday marked a solemn phase in our normally ebullient household. We were expected to go to church more often, to attend midnight vigils and Stations of the Cross and generally maintain a sense of piety. The household abstained from eating meat and imbibing alcohol, leading to somewhat raucous indulgence on Easter Sunday, to make up for lost time. On Palm Sunday, the weekend before Easter, we struggled to make a variety of crosses from fresh fronds of the coconut tree on our way home from church, stacking these up behind the altar at home until next year when they would be burned and replenished with fresh ones. My mother was particularly talented at making unusual designs, transforming these long green stalks into an attractive display of arches and twists that enhanced the simplicity of the original design.

With my late teens came rebellion and sneering nonchalance to anything traditional, which I now see as childish and immature. But at that time, in today’s modern parlance, it was ‘cool’ to not attend the Holy Thursday and Good Friday services, and instead read Khalil Gibran while convincing oneself that intellectual stimulation was more relevant than dogmatic doctrine. Yes, that was another folly of youth, because if I’d been honest with myself, I quite enjoyed those pre-Easter services.

Maundy Thursday and Good Friday were my favourites. Dressed in sombre clothing, we would troop to our local church where a football field adjoining the school would be transformed into a huge open air auditorium, with folding chairs numbered and placed in neat blocks. On a higher level facing the attendees was a large, newly erected stage, shielded to the audience by red or blue satin curtains, gently swaying to a mild evening breeze. Besides this was the altar and lectern, from which the presiding priest would say the Mass. The ceremonials on both days were longer than the usual hour-long Mass, because they included enactments of the significant past events of these two days. Maundy Thursday was the day of the Last Supper, at which Jesus Christ ate his last meal with his disciples, and washed their feet. This tableau was enacted by a group of aspiring amateur actors, and almost invariably we knew at least three of them. This familiarity led to a lot of elbow-nudging as we watched them trying to keep still for certain sequences and stay serious while their feet were being washed.

The tableau on Good Friday was the lead up to the death of Christ, with several scenes depicting the judgement on Christ, carrying of the cross, the actual crucifixion and His body being placed in the tomb. Heavily dramatic yet with strong symbolism, these scenes enacted before an appreciative audience brought into perspective the significance of Good Friday. The props were simple, but sound effects like thunder and lightning, the hammering of nails and clacking castanets were more poignant and real than mere spoken words. Basic gestures like the apostles looking up at the cross or Mary, the mother of Jesus with her hands covering her face had a tremendous effect on the audience, with the air of breathlessness interspersed with an occasional gasp or hastily suppressed sob as we were all carried away into an era 2000 years ago, to that fateful evening which changed the course of history and gave rise to one of the world’s most powerful religions.

There was an aura about these ceremonies, and like most others there, I too shared in those moments under a gently darkening evening sky. And at its end, I joined the rest of the procession filing past to view the statue of Christ laid in a coffin, smothering His image with flowers, unlit candles and little token medals and rosaries while ushers replaced full donation boxes with empty ones. There was a sense of catharsis in the air and the world became real only when we walked out of the gates to bustling traffic while hawkers with little baskets of boiled channa and black eyed beans thrust their little packets in our faces. We went home with some relief and much hunger as traditionally, one fasts on Good Friday indulging in only the evening meal.

Holy Saturday was never too holy as frantic preparations for Easter Sunday were always underway. There were Easter eggs to pick up, lovely home-made chocolate or marzipan delights, intrinsically decorated. A visit to the tailor was often on the cards to ensure some final outfit adjustments, and I often found myself wandering along Bandra’s Hill Road looking for a new pair of shoes! Back home, the sorpotel would be diminishing as several people sneaked a taste, while curtains and cushion covers would be changed in a flurry of activity. It was a bustling, happy, cheerful time as we debated on the pros and cons of attending Midnight or Morning Mass. There was an air of anticipation as the iron worked overtime, jewellery was rescued from hidden corners of my mum’s wardrobe and finally, in our resplendent best, we went to church to celebrate the resurrection of Christ.

We returned to a well-deserved feast in which good cheer was the most important ingredient. I never attended a single Easter egg hunt in my life before coming to Australia. The Easter Bunny was a vague concept, because the religious significance of the festival was the strongest factor and inspiration in our lives.

These Easter traditions still exist in all their glory back home in India, and I commend those who still strive and succeed in maintaining those same traditions here in Australia, even amidst the gaiety that ironically begins on the eve of Maundy Thursday in anticipation of the long weekend. In addition to the power of faith and belief, this ability to uphold tradition is indeed, a wondrous thing!