Therapy dog sessions have a measurable, positive effect on the wellbeing of university students 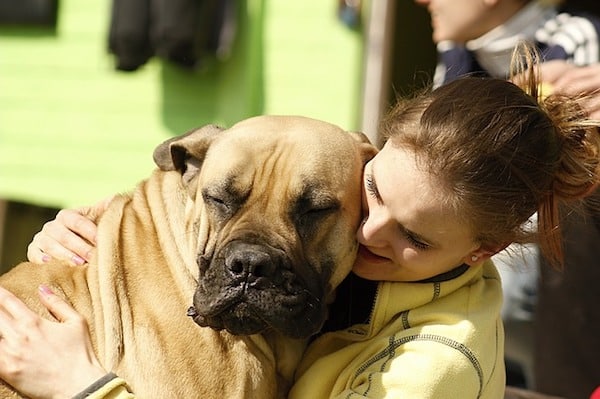 Reading Time: 2 minutesStressed out at school? Try spending some time with a dog.

A new study suggests that one-on-one time spent with dogs could help in boosting student wellness.

Therapy dog sessions are becoming popular on university campuses in the west.

“Our findings suggest that therapy dog sessions have a measurable, positive effect on the wellbeing of university students, particularly on stress reduction and feelings of negativity,” said lead author Emma Ward-Griffin, Research Assistant at the University of British Columbia in Canada.

While previous research suggested that female students benefit from therapy dog sessions more than male students, the researchers found the benefits were equally distributed across both genders in this study.

In addition, having therapy dogs around while students are working on their out-of-class assignments could be even more helpful, researchers said.

For the study, published in the journal Stress and Health, the researchers surveyed 246 students before and after they spent time in a drop-in therapy dog session.

Students were free to pet, cuddle and chat with seven to 12 canine companions during the sessions. They also filled out questionnaires immediately before and after the session, and again about 10 hours later.

Participants reported significant reductions in stress as well as increased happiness and energy immediately following the session, compared to a control group of students who did not spend time at a therapy dog session.

“These sessions clearly provide benefits for students in the short-term, so we think universities should try to schedule them during particularly stressful times, such as around exam periods,” said Frances Chen, Assistant Professor at the university.