Diwali in children’s literature: An engaging book by James Roy 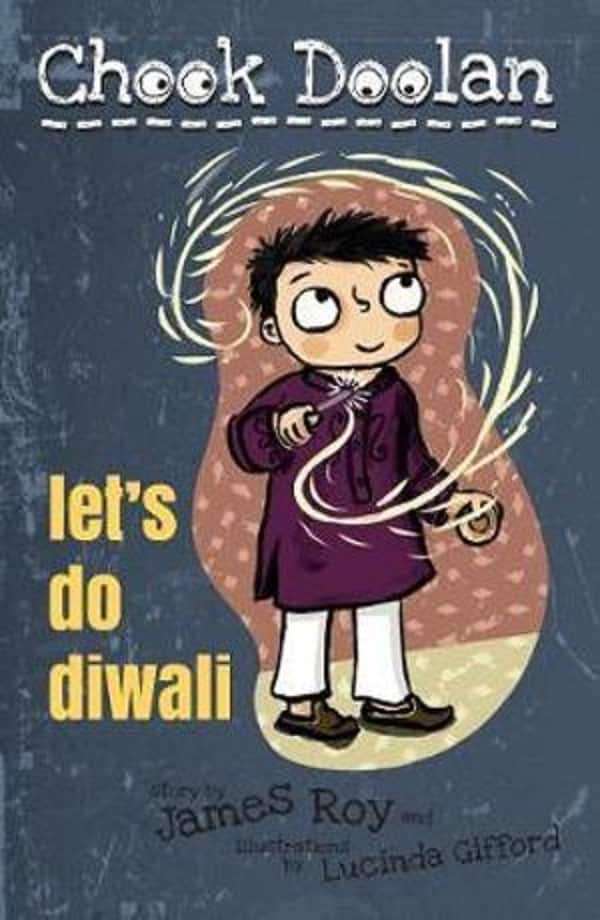 We should all read a kid’s storybook now and then, it has been claimed. Children’s literature is filled with wisdom. It teaches important life lessons – empathy, for instance; the importance of a sense of self; the value of family and friend; to dream big.That it’s ok to be different.

Young parents have taken frequent recourse to children’s books to teach their children about upcoming milestones in their life, such as potty training, going to day-care, welcoming a baby sibling, or starting school. They are now finding a growing resource in children’s literature to teach their kids about diversity: that it’s ok to be different, whether that means being a single child, or biracial, or from a blended or same sex or sole parent family, or a person with a disability, or being a person of colour.

In the lead up to Diwali later this month, it’s been pleasing to see an increasing number of children’s books on the Hindu Festival of Light, where there were none available as recently as say five years ago. These come not only from India, but from Indian writers in the diaspora as well as writers of non-Indian background who are exposed to increasing plurality in their own urban centres.

One such book is Chuck Doolan: Let’s Do Diwali by the Sydney-based award-winning writer James Roy. It’s part of a series for young boys, particularly pre-schoolers, and affords the writer a perfect framework within which to tackle issues of significance for boys this age.

“Chook is not exactly your regular hero,” James Roy told Indian Link. “He’s sacred of everything, which is why his name is Chook. For chicken.”

Chook is anxious about walking to school, starting soccer, not having a pet to take to school for Pet Day. Each of these issues is addressed in separate storybooks.

“In Let’s Do Diwali, Chook faces something that’s culturally confronting, as the young Anglo kid who’s taken to something different.”
Chook and his Indian friend Praj go to a Diwali fair. But big crowds frighten Chook…)

The book presents other young Anglo kids an opportunity to learn about a new culture, in whatever small way, and to accept that people with different worldviews make up our world.

Equally, it offers young Hindu kids in Australia a chance to look at themselves through fresh eyes, as accepted members of society

“It’s different from what I normally write,” Roy admitted, adding, “Teacher librarians across Western Sydney where I live and work, tell me that it has been popular. If someone has picked it up and read it and been influenced by it, I’m happy.”

Besides exposure to the Indian community in Sydney, Roy grew up in Fiji, and so is well-versed in Indian sensibilities. He has fond memories of Diwali in Suva.

“Fireworks were always readily available, but they were cheaper at Diwali so my Indian friend and I would stock up on them then.”

He has also visited Singapore’s Little India during Diwali, and the Diwali Fair at Parramatta in Sydney.

What draws him to diverse stories and characters?

“As a writer, for me kids are kids, regardless of where they live or what their background is. They all feel left out sometimes, and so they respond to my stories with empathy. Another book of mine, One Thousand Hills, is about a Rwandan boy affected by the genocide in 1986: I wrote it with Noel Zihabamwe, a member of Sydney’s Rwandan community.”

Clearly fiction in children’s literature has a role to play in teaching kids about the world.

“Certainly,” Roy agreed. “Joseph Stalin once said – and I know he’s not a great one to quote – ‘A million deaths is a statistic, but a single death is a tragedy’. When we tell individual stories, it is much more engaging. I’ve just returned from Japan, where I visited the Peace Memorial Museum at Hiroshima. It lists numbers and data, but its tales of individuals are more stirring.”

He added, “Children are sensitive to being preached at, being spoken down to. Teaching them through fiction carries much more weight.”

And so Sadako and the Thousand Paper Cranes will be remembered long after middle school, as will Mao’s Last Dancer, Goodbye Vietnam, Hana’s Suitcase, and Anne Frank’s Diary.

As the world around us becomes more and more diverse, literature from – or based in – other cultures can play a significant role in our primary schools, by helping to explore the world around us, and by breaking down social barriers and promoting understanding and acceptance.

Social psychological research has provided empirical evidence of the many benefits of multicultural literature for students. Those in the dominant culture are equipped with a greater awareness and deeper knowledge that builds an intercultural perspective and allows cross-cultural relationships to be strengthened.

On the other end of the spectrum, ie. for diverse participants themselves, such texts encourage identity formation, foster self-esteem, and keep at bay feelings of social isolation. Seeing like characters in print (or on screen) not only helps shape who they are but also who they aspire to be. (‘If they can’t see it, they can’t be it’ goes a well-known slogan in media representation.) Seeing themselves in literature also makes them more likely to read more.

Across both groups, research suggests that multicultural children’s literature helps students look critically at the world and gain a greater understanding of the global community.

This is a much-needed skill in today’s polarized world.