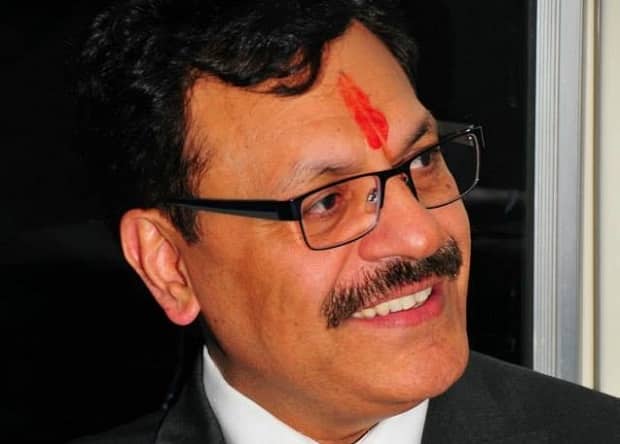 When the Celebrate India organisation was founded some eight years ago, the main intent was to undertake activities that would give mainstream Australians a feel of Indian culture.

Today, the group can claim it has accomplished this successfully, given they have taken the festival of Diwali straight to the heart of Melbourne city, attracting thousands of citizens as well as those in the topmost rungs of government, as guests.

But of course Celebrate India will not merely rest on their laurels.

Led by Arun Sharma, the not-for-profit organisation has come up with a unique initiative that will take the Indian festival of lights to primary schools across the state.

An essay competition on Diwali has been launched for students in Years 5 and 6, designed to encourage them to explore and share their experience of Indian culture. Entrants will submit a piece of descriptive writing, 300 – 350 words long, on the similarities and differences between the Indian festival of Diwali and Christmas.

Some attractive prizes have been announced, including two Air India tickets to India, and a 6-week AFL Leadership Program (including a visit by an AFL player) for the school with the most entries. Winners will be announced at the mega Diwali celebration to be held at Fed Square later this year.

Sharma has been working on the project for nearly two years now.

“It all started with a little experiment last year,” he told Indian Link. “We worked with one school that has adopted the study of Hindi across all year groups. Focussing on two classes, we ran a simple essay competition on Diwali. Some twenty students entered, and we received some beautiful pieces. We featured them in our magazine. This got us excited, and we decided to take it further”.

The Education Department was immediate in its support to take the initiative across the state.

“Nearly 5000 schools will now be approached to participate,” an excited Sharma revealed. “Even if we get ten entries from each school, it will be a fantastic response!”

And a logistical nightmare for purposes of assessment, he confessed, but he is not fazed. Especially given the response he has received when requesting support. The Education Department jumped at the idea as soon as it was presented, and the Government of India was just as quick to offer assistance. Air India was happy to oblige, and the AFL, which has been pushing hard recently to increase its multicultural reach, came on board too.

This got some fabulous prizes lined up; more are currently being worked out.

“I’m looking at the bigger picture here,” Sharma revealed. “To promote social inclusiveness, there’s no better place to start than at the earliest possible age levels. Giving young kids a feel of other cultures helps in building familiarity, decreasing discrimination and racism, and therefore in promoting harmony. With the essay contest for instance, not only the participating kids but teachers as well will become involved, for whom we have developed a teacher’s resource kit on Diwali. Then, hopefully the families of the students will become involved too”.

This possible trickle effect will ultimately help in promoting acceptance.

“I’ve just been told that when this venture was described at a school principals’ national conference, there was widespread positive feedback,” Sharma revealed. “No other non-English speaking community in the country has ever suggested such an initiative. In Victoria at least, I believe students are required to spend a stipulated number of hours in activities of a multicultural nature, and programs such as these easily fit in there. So we’re hoping that other schools, even private schools, take up this or similar projects”.

Of course there are other aims too, Sharma revealed, one of them being to reach out to our own kids in a different way.

“For our second generation kids, who are not as connected to our traditions, it will be meaningful to see mainstream community participating in an Indian activity and enjoying it”.

Speaking to Indian Link before the official launch of the program, Sharma mentioned that he has been seeking support from a variety of other platforms.

“We’ve approached the mainstream press, VMC, and many parliamentarians. To the Indian community at large, we say, get behind this initiative and help us make it a success”.

The competition runs from 30 July to 20 September.