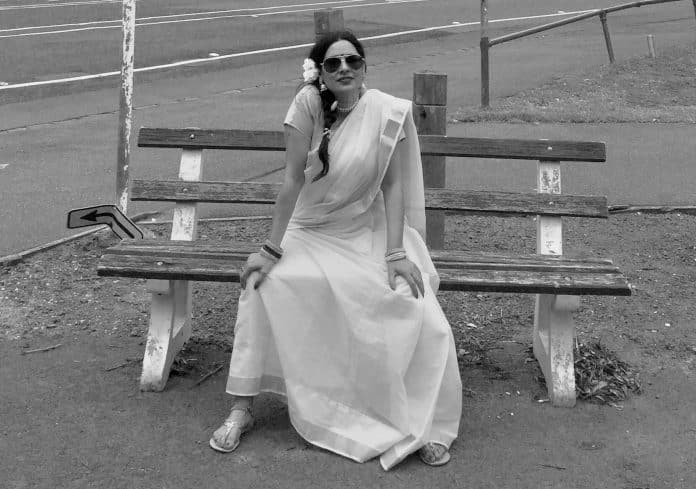 Reading Time: 4 minutesI hate watching Australian TV and film.
When I say that, I am referring to the so-called ‘home-grown’ offerings trumpeted by our major networks, the type of thing that smugly wins Logies, local film festival awards, and seems to, lissomly, effortlessly, get funding.
Why? Give you a clue: I’m a brown woman.
Yes – it’s the homogenous, tedious whiteness of it all, with the occasional ‘colour’ popping up in the form of the minor characters, background crowds, or as that token person of colour inexplicably named ‘Sarah’ or ‘Sam’ who clearly could have been switched out for a white character, except, you know… ‘diversity’.

"Yet, we’re witnessing a pendulum swing when it comes to #diversity: from a lack of it, to an attempt to address it by over-representing minorities. What we need is authentic storytelling, not tokenism." @amalmawad @10Daily https://t.co/3VMyEhEcVe

According to Screen Australia’s 2016 report Seeing Ourselves: Reflections on Diversity in Australian TV Drama, ‘People of non-Anglo-Celtic background were represented in drama programs at just over half the rate that they are present in the population’. And 36% of all programs ‘had main casts entirely comprising characters of Anglo-Celtic background’.
What the industry still defends itself with, is that there are ‘just not that many’ Australian actors of colour and diverse backgrounds out there to cast. But now a group of artists has set out to prove the laughable inadequacy of that excuse, including a group of South-Asian origin female performers and artists, in a grassroots social media campaign they have insouciantly dubbed #justnotthatmany.
As tongue-in-cheek as that name is, the campaign is dead serious and unapologetic in its intentions.


“The title of the campaign points to an insidious lie that exists around the pervasive whiteness of our screens and stages. That there’s “just not that many” of us out there. That’s demonstrably untrue. Our initiative calls out this lie – and it does so with joy and unity,” says actor, theatre-maker and activist Sonya Suares.
The idea for the campaign began when Suares organised a Bollywood-style photoshoot in December 2018, with 14 ‘desi’ women artists and performers. They posed together in a beautiful, bright location, dressed in South Asian finery, and celebrating each other’s presence and numbers.
“The fact that it was relatively painless to coordinate and such a simple thing to achieve anywhere – you can shoot a photo on your iPhone if you want – made me think it was a fertile ground for a visual campaign highlighting the diversity that exists in our sector and all the talent that isn’t tapped.”
Suares reached out to colleagues Ra Chapman, Alice Qin and Artemis Muñoz at the Equity Diversity Committee, and #justnotthatmany was officially born, with other communities, including Asian-Australian performers, and transgender and gender diverse artists, set to join the campaign.

One of the actors in that initial South Asian women’s shoot was the prolific Leah Vandenberg, screen actor and voice artist, whose credits most recently include the award-winning ABC/Netflix show The Letdown, and who is also well known and loved as a long-time presenter on Playschool.
Vandenberg remembers how confident she was coming out of drama school – she felt full of “the limitless possibilities and the potential of what I could do”. However, she quickly became disabused of the notion that she was working in an equal playing field. One of her first casting experiences was seeing a manila folder labelled “Leah Vandenberg: ethnic Indian.”
“It just didn’t sit true with me, and I also then thought to myself, does the industry work like this? Does it categorise you like this? As it turned out, it was like that.”
Vandenberg found herself being excluded from auditions and opportunities, despite having the same training and agent as many fellow white actors. She has nevertheless since developed an extensive resume, but has felt increasingly unsatisfied by the roles she has had to settle for.

“I’m grateful for every opportunity I’ve had, but I’ve not been given the opportunity to do lead roles, major roles, main parts. It’s always on the margin or periphery… or a support. And that’s one of the issues of the lack of representation – the stories being told are not putting us in main role protagonist positions.”

She is also very aware of the pressure to be a ‘flagholder’ for people of colour, especially South Asian women, but has found the emotional labour of having to act as quasi-cultural advisor and token ‘brown face’, both exhausting and disheartening.
“It’s like you’re constantly on the diving board, just jumping up and down, up and down, waiting for that huge dive, and in between every beat you’re just giving yourself all the affirmations you can… reminding yourself… stick with this, choose wisely, say no more often, and really demand your worth.”
For her, #justnotthatmany not only gives women of colour a sense of solidarity and support, but a vital visibility and value that actors of colour are constantly denied, even when they are part of a major project.
“#justnotthatmany, is, in terms of visibility, really important, because even when you are working as a person of colour, you’re not getting the visibility you deserve.”
She also points out that the presence of diverse communities needs to be palpable at all levels of a production. “We need to have [them] in the writers’ room, we need them as producers. We need them on networks, we need them decision making, we need them in wardrobe, we need them in make-up, in the crew, DOPs… we need to think even further than just artists. It’s got to be across all of the story-telling.”
At the heart of the campaign is also a recognition of how disingenuous it is to separate politics from art.
“The truth is that all arts practice is inherently political – anyone who tells you otherwise is either naive or incredibly privileged. Usually both,” says Suares. She cites the horrifying events of 15 March in Christchurch, firm about the connection between white supremacy on screens and stages, and the politics of hatred that we are increasingly seeing legitimised in this country.
“Excluding or demonising communities from/within our national narratives, matters. The stories we tell via our media and cultural production, matter. Representation matters. The performing arts is not apolitical. We’re supposed to be the critical thinkers. The time for good intentions and weak excuses has long past. We need to lead on these issues, and we’re not leading.”