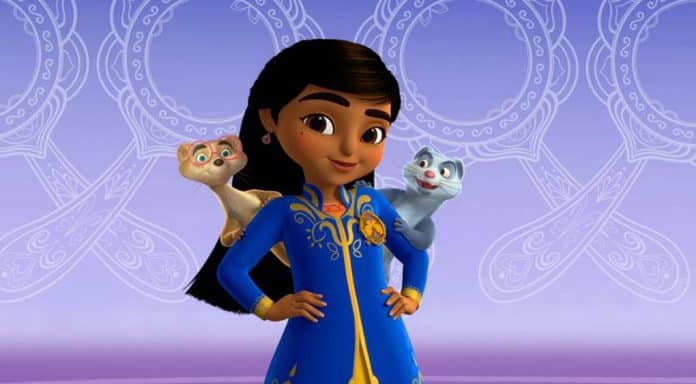 Disney Junior is set to debut its newest CGI-animated, mystery-adventure children’s show titled Mira, Royal Detective inspired by Indian culture. The show is about a resourceful eight-year-old girl named Mira who is appointed as royal detective by the Queen and travels across the kingdom to solve mysteries and help people.

The show will feature plenty of South Asian voice talent like Kal Penn, Freida Pinto and Jameela Jamil. Mira is voiced by 16-year-old Leela Ladnier in her professional debut.

According to executive producer Sascha Paladino, “The biggest piece in terms of authenticity was making sure (they) included as many South Asian voices in the process as possible.”

He is previously known for the hit show Doc McStuffins about an African-American girl who aspires to be a doctor, using her stuffed toys as potential patients.

To ensure authenticity, the show included many South Asian voices in the creation process, including writers, designers, and even a cultural consultant.

Kal Penn, who voices Mira’s sidekick mongoose and is the son of Gujarati immigrants, is excited to introduce this cultural diversity to a new generation.

“They don’t carry the emotional baggage or institutional memory of what it was like for us growing up with a lack of content on TV, they just don’t have that,” he said.

Mira, Royal Detective has already been renewed for a second season prior to the first season’s debut.