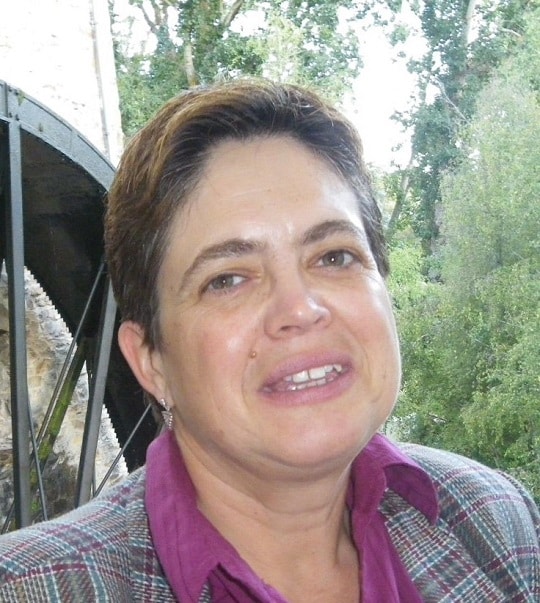 Julie Thomas was always someone to get involved. She was the first girl selected to play for her primary school cricket team in South Australia. In her early teens she played cricket for the state team and trained with the national squad. She was always winning championships; she was a wicket keeper, but also handy with the bat, and she was known for her spin bowling. When she stopped playing competitively, Julie moved into women’s cricket administration.

Julie’s sporting life went beyond cricket too. She was one of a small handful of women who goal umpired for Australian Rules Football as part of the local state league. Later, she was a game day observer and match steward at the state league level.

Julie was an all-rounder in many different ways and lived her life filled with lots of different activities. She had a lovely alto voice and would sing on stage in her spare time.


This is how Priscilla Thomas remembers her sister, Julie.

“When there’s nothing left to give, with organ donation, you’re giving a gift. I wouldn’t describe myself as religious, but definitely having spiritual beliefs. That adds to my sense of this being the ultimate act of generosity, and that’s definitely how I think and feel about it with Julie,” Priscilla says.

An Anglo-Indian family, with links in India going back to the mid-1800s, the Thomas family, three sisters and one brother, moved to Australia with their parents in the mid-1960s when Julie was less than one year old. Though the older sisters attended boarding school, with their brother in Calcutta, and younger by some years, Julie quickly learned to keep up with her siblings.

It was unimaginable when Julie was diagnosed with ovarian cancer. “For a few years she battled, but was pronounced terminal two months before she died,” Priscilla says.

Already registered as an organ donor, Julie and Priscilla talked about organ donation. “It was on her driver’s licence. But we didn’t think she could donate due to the cancer. We talked about leaving her body to medical research instead.”

In the hospice where Julie was being cared for, the family spoke with a senior social worker. “She asked us, ‘Did you know about corneal donation?’ Julie was short-sighted so we laughed – nobody would want your eyes! But she was completely okay. Her attitude was that whatever could be used, let it be used.”

The experience led to her entire family having the conversation about organ donation. “I’d almost say it’s made me an activist,” Priscilla says. “All my siblings, my husband – we’ve all talked about it. There’s no question, you have to let them know.”

Priscilla says she and her family thought they knew a “reasonable amount” about the organ donation process and that she is also a registered organ donor, but “your family has the last say.”

“There were so many things we didn’t know. We’ve now had the conversation very clearly with our children, they know our wishes. I’ve certainly advocated for organ donation very strongly with other people, including sharing posts from DonateLife on Facebook,” Priscilla tells me.

Julie’s role as an active and dynamic member of society meant she wanted to give back in any way that she could. Her family has a definite sense of gratitude that Julie’s eye have been able to live on.

“Sportspeople are not just social role models, but also role models of fitness and health,” Priscilla says. “They should say to themselves, ‘I have this instrument, my body, but when I die it can continue to be used by someone else.’ If you have the capacity to do something, you should.”

After Julie’s passing and the donation of her corneas, Priscilla – as a member of a donor family – was invited to meet with a health professional and tour an eye bank, a facility designed for the storage and preparation of corneas prior to transplantation surgery.

“They were concerned it would be a confronting experience for me,” Priscilla explains. “But it heightened my awareness that I feel we’ve done the right thing, seeing how (transplantation) helps people.”

Priscilla likens the process of organ donation to diamond mining. “It is so rare to be able to donate,” she says. “It’s as though two precious diamonds have been mined from Julie and now they’re shining in someone else, allowing their world to sparkle.”

For more information about organ and tissue donation, or to register yourself with the Australian Organ Donor Register visit www.donatelife.gov.au