The defiant 'women's wall' for Sabarimala 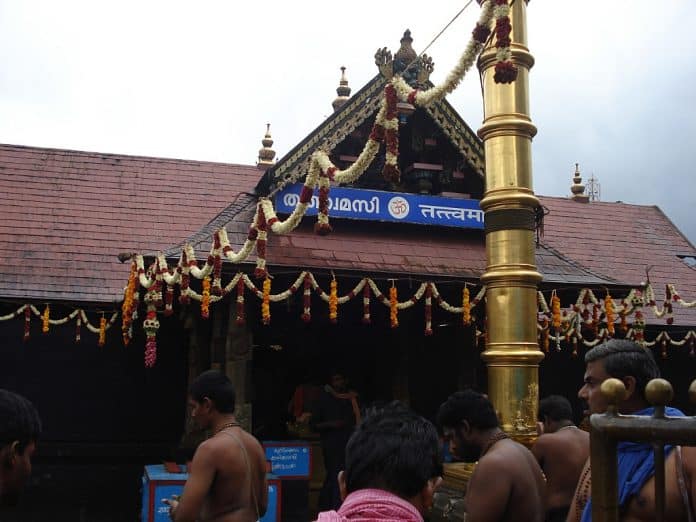 The news of the ‘millions’ of women having formed a human chain to protest the ban of women entering the hallowed Sabarimala temple in Kerala is making waves all over the world, with people applauding the move as defiance in the face of patriarchy.

#Sabarimala: Karnataka State Road Transport Corporation has stopped its bus operations to Kerala for the day in view of the hartal called by various organisations, said the KSRTC PRO.

The campaign was sparked by controversy over a court ruling to allow women into the temple, a move that also caused right wingers to erupt. As per latest news reports, protests erupted across Kerala on Wednesday after two women in the hitherto banned age group entered the Sabarimala temple before dawn, with the Sabarimala Karma Samithi (SMS) calling for a state-wide shutdown on Thursday.
The temple was shut for an hour to conduct “purification rituals” after Chief Minister Pinarayi Vijayan confirmed that Bindu and Kanaka Durga had ‘darshan‘ at 3.30 am, having been stopped on December 24 by predominantly male pilgrims from entering the hill shrine.

What an unending queue of women with lights in support of Sabarimala issue. pic.twitter.com/vHz7zjYXdV

SKS activists vowed not to rest till Vijayan was ousted from office and called a dawn-to-dusk shutdown on Thursday. Bindu said she and Durga reached the Pamba base camp around 1.30 am and along with a few police officers in civilian clothes went up the pathway.
“The government had assured us all help… We, however, did not climb the hallowed 18 steps, instead went through the way normally used by VIPs,” said Bindu. “We did not have any problems. Barring minor protests, there was no other issue.”
As the news spread, Sangh Parivar outfits took to the streets across Kerala blocking traffic, burning tyres on main roads and stoning buses. Protests were also reported from Kochi, Palghat, Kozhikode and Kasargode.
Once it became known that the two women had entered the temple, the chief priest and temple tantri met the Pandalam Royal family and decided to shut the shrine for “purification rituals”.
Women and girls in the age group of 10 to 50 are barred from praying at the Sabarimala temple. This ban was struck down by the Supreme Court in September.
State CPI-M Secretary Kodiyeri Balakrishnan said there was no reason to shut the temple.
“Those who should observe the temple rules are themselves violating it,” he said. “The role of the government is to abide by the Supreme Court order and it has done just that. The police did their job of providing security to the women.”
Nair Service Society’s General Secretary Sukumaran Nair thanked the temple priests for closing the temple for “purification rituals”. State BJP General Secretary M.T. Ramesh warned that Vijayan will have to pay “a heavy price” for violating the temple traditions.
“What they did was to act like cowards. In pitch darkness, they took the two women,” he said.
Vijayan, in a Facebook post, said, “This wall is a warning to the conservative-communal forces, which try to deny women their legitimate rights. The women’s wall has emerged as a loud announcement that Kerala women are with the progressive thought.”