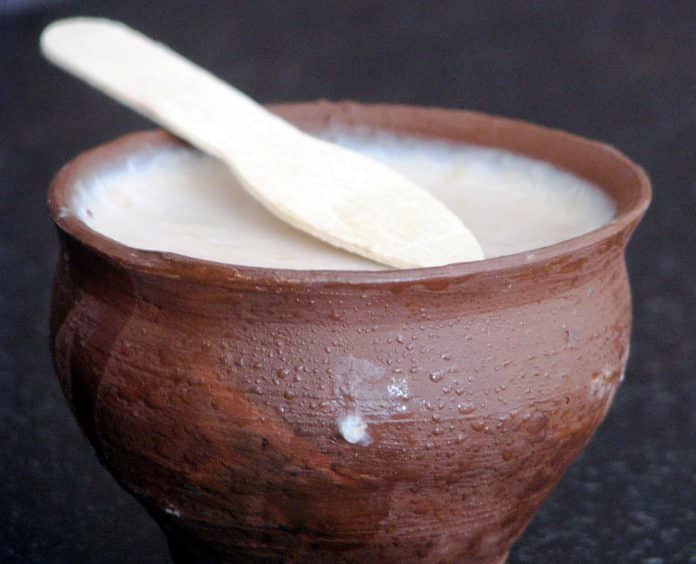 It was way past midnight. As if losing my grandmother wasn’t enough, my son was having another asthma exacerbation – I needed to stay up late into the night to administer his medication. Of course, this was alongside the regular daily grind. My finger lazily scrolled through social media to kill time. That’s when I saw it – someone urgently asking for a culture of Indian curds. Then there were others asking what I had asked myself many times, “Why is the Australian yogurt (or curds) just not the same as the humble homemade curds of India?” Australia boasts of countless varied, beautiful cultures, except for the culture which would probably make me happiest – a culture of curds from India.

My sleepy eyes widened, maybe some wise souls knew the answer? Or better still, maybe someone had legally brought Indian dairy into good ol’ Oz? But even as I wondered this, my mind wandered to the fond faces of the immigration personnel who keep Australia’s borders safe. I wrote spontaneously in the Comments section, “If immigration catches you bringing curd into Australia, they’ll turn you into Lassi (a sweet, churned, yogurt-based beverage)”. I actually LOL’d at my own comment for its sheer stupidity – made funnier by the truth of knowing the strict rules around Australian borders. That innocent little laugh somehow lifted my mood as my day drew to a close.

A glance at my phone revealed that I had seemingly awoken as a different person – foreign even to myself. A couple of people had responded to my innocent comment informing me that I was silly, rude, condescending and sanctimonious – heavy words from a couple of sombre individuals who don’t know me from Adam. A few matter-of-fact exchanges later, I found myself being analysed (for free) – my way of thinking, my perception of myself/others and my complete lack of decency in not offering an apology for joking about people being turned into Lassi.

I’m reminded that we live in ‘civilised’ times.

I’m amazed every time I chat with older folk. They grew up in ‘savage’ times. They regularly laughed at each other, vociferously disagreed on issues, spoke their minds openly, made room for flippant banter even through trials, took things with a pinch of salt and knew that under it all, love and harmony were alive and well. Savage times indeed.

These, however, are the days when mental health, support, love and harmony are stretched thin across the ever-expanding void between our carefully laid cornerstones of civilisation. The damage wreaked by technology, busy lifestyles, lack of grace and an inability to listen to one another hides behind the façade of compassion, politically correct conversations and carefully filtered jokes. One must even keep abreast with all the words deemed taboo in certain social situations by people reading between the lines of a dictionary. Everyone readily engages in external battles for countless noble causes – animals, the environment, human rights and even comments on social media. However, how many of us stop long enough to engage with the internal battles that rage within ourselves?

I’m reminded that becoming highly ‘civilised’ has led us to becoming highly sensitised, highly strung, easily offended and comfortably hood-winked into a sense of ‘progress’.

The one saving grace is that the day is fast approaching when no one will need a culture sample to make yogurt. Our fermented gazes falling upon a bowl of milk will quickly yield a variety of curds corresponding to the individual – Greek, Indian, Australian, Lebanese and even Vegan if that’s your thing.

I’m just an observer of life and my opinions are certainly not for everyone. But I will say, life is always a figurative combination of curds and whey – the ratio doesn’t always meet personal preference. However, don’t be too quick to toss out the whey. If you look close enough, the whey is just as valuable as the curds.