Climate change on the agenda 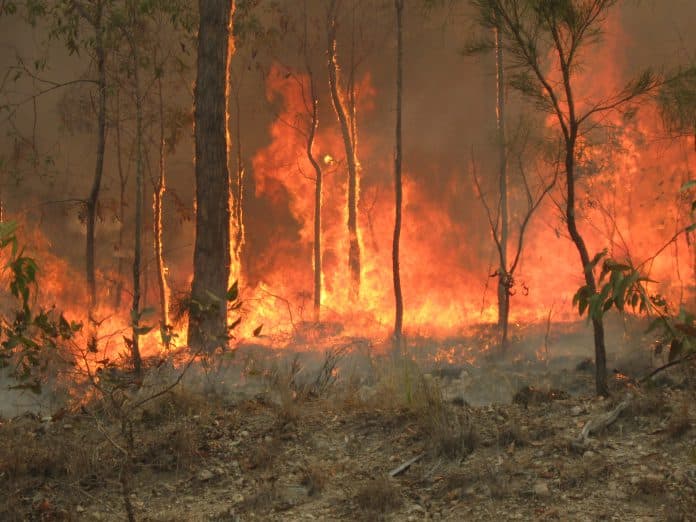 For those from the subcontinent, a high AQI is par for course. Usually ranging from 100 to 200 between Jan and Sept, it can spike up to 500 on certain days in the winter months of Oct to Dec. AQI, a term infrequently used in Australia until only months ago, stands for Air Quality Index, which measures the pollution n the air.

The recent bushfires around Sydney, Melbourne and Canberra have pushed the AQI up to hazardous levels. Sydney had a few days where the reading dipped back down to 320, but on 1 Jan, Canberra was choking at an AQI of 3,300. Social media within the Indian-Australian community was in overdrive as comparisons were made between Australia and
India on the AQI. Most however were practical enough to acknowledge that the low Australian AQIs were not a yearly event, as they are in India, but a flow-on effect from the
bushfires surrounding the major cities. The issue that all were discussing though, was climate change and whether the governments were moving fast enough to reduce emissions in this area. As the AQI numbers headed upwards, the headlines screamed that this issue be put on the national agenda. After iron ore, coal is Australia’s largest export at $47 billion. It is the world’s sixth largest producer of coal – mined in every state of the nation. According to the World Coal Association, coal, not a renewable resource, will run out in 2130, on current usage.

The reality is, coal forms the backbone of the global energy system. It’s time for the backbone to change. And if the government is not involved in this operation, then it will be initiated by private enterprise. In a recent announcement, two of the richest men in Australia have turned their attention to supply solar power to meet 20% of Singapore’s electricity needs. Currently Singapore relies on natural gas from Indonesia to meet more than 95% of its needs. At some time in the near future, the proposed solar farm near
Tennant Creek, owned by iron ore billionaire Andrew ‘Twiggy’ Forrest and software billionaire Mike Cannon- Brookes, will step in to capture some of the Singapore market.
A project which will cost over $20 billion, while breathtaking in its enormity, is also blindingly simple. Open solar panels stretching over 20,000 soccer fields will generate the electricity which will be supplied via 3,750 km of underground cable from the Northern Territory to Singapore. Australia has the land and the climate to supply on commercial
terms a resource needed by a nation which lacks both. And of course while doing so, local jobs will no doubt be created on manufacturing, maintenance and technology. Most importantly, the enterprise will help in lowering carbon emissions globally. Time for our politicians to step up for positive projects like this, albeit even on a smaller