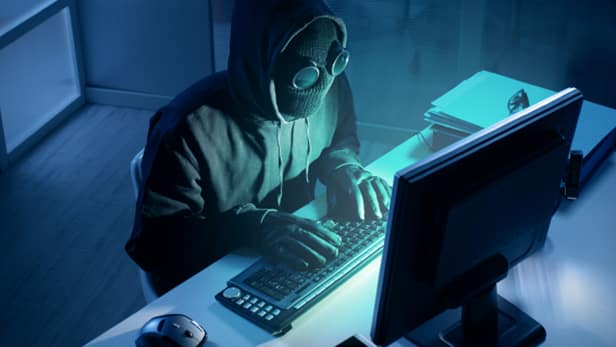 In a startling revelation, US-based cyber security firm FireEye said on Thursday that Chinese hackers broke into a leading Indian healthcare website, stealing 68 lac records containing key patient and doctor information and credentials.
Without naming the portal, FireEye said cyber criminals are directly selling data stolen from healthcare organisations and web portals globally, including in India, in the underground markets for for under $2,000.
“In February, a bad actor that goes by the name “fallensky519″ stole 6,800,000 records associated with an India-based healthcare website that contains patient information and personally identifiable information (PII), doctor information and PII and credentials,” FireEye said in its report shared with IANS.
Cyber espionage actors can leverage this data for intelligence collection purposes, to further target high-profile individuals or those who may have access to valuable information, cautioned the report.
Between October 1, 2018 and March 31, 2019, FireEye Threat Intelligence observed multiple healthcare-associated databases for sale on underground forums, many for under $2,000.
FireEye said it continues to witness a concerted focus on acquiring healthcare research by multiple Chinese advanced persistent threat (APT) groups.
“In particular, it is likely that an area of unique interest is cancer-related research, reflective of China’s growing concern over increasing cancer and mortality rates and the accompanying national health care costs,” the cyber security firm noted.
Open source reports indicate that cancer mortality rates have increased dramatically in recent decades, making cancer China’s leading cause of death.
As the People’s Republic of China (PRC) continues to pursue universal healthcare by 2020, controlling costs and domestic industry will surely affect the PRC’s strategy to maintain political stability,” said the FireEye report.
Another probable motivation for APT activity is financial: the PRC has one of the world’s fastest growing pharmaceutical markets, creating lucrative opportunities for domestic firms, especially those that provide oncology treatments or services.
“Targetting medical research and data from studies may enable Chinese corporations to bring new drugs to market faster than Western competitors,” the report claimed.
According to Luke McNamara, Principal Analyst at FireEye Intelligence, healthcare-focused Internet of Things (IoT) devices such as inventory-tracking “smart” storage, remote patient monitoring and tracking systems, and remote data access devices similarly increase the theoretical attack surface for healthcare organizations.
“Compromise of these devices could be used for a variety of purposes, such as to sow confusion by creating false patient alerts, facilitate theft by changing inventory data, and move laterally through a network to conduct further compromises after breaching an insecure device,” McNamara emphasized.
In early April this year, suspected Chinese cyber espionage actors targeted a US-based health center-with a strong focus on cancer research – with “EVILNUGGET” malware.
APT22 – a Chinese group that has focused on biomedical, pharmaceutical, and healthcare organizations in the past, and continues to be active – also targeted this same organization in prior years.
In the same month, several researchers at the MD Anderson Cancer Research were dismissed following concerns over theft of medical research on behalf of the Chinese government.
One theme FireEye has observed among Chinese cyber espionage actors targeting the healthcare sector is the theft of large sets of personally identifiable information (PII) and Protected Health Information (PHI).]
Beyond Chinese-nexus groups, FireEye Intelligence has observed a wide variety of other cyber espionage and nation state actors involved in targeting the healthcare sector, including Russia-nexus APT28.
“The valuable research being conducted within some of these institutions continues to be an attractive target for nation-states seeking to leapfrog their domestic industries,” the report emphasized.
As biomedical devices increase in usage, the potential for them to become an attractive target for disruptive or destructive cyber attacks — especially by actors willing to assume greater risk – may present a more contested attack surface than today,” said the report.
IANS