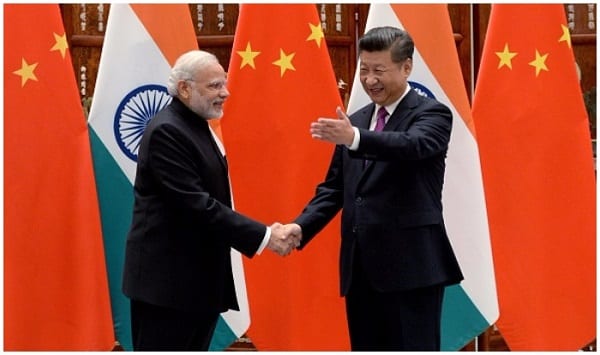 When a newly elected Indian Prime Minister Narendra Modi met with Chinese President Xi Jinping, there seemed to be much promise for a future of closer contact and much collaboration. Increased engagement was the plan.
And so when seven months ago, a standoff occurred between the two countries over the Doklam plateau, a disputed area claimed by both China and Bhutan, diplomatic channels were opened to resolve what was labelled as a highly volatile situation.
However, recent events seem to reveal new patterns in the manner in which China views its neighbour, with whom it shares a 2,500-km border.
In a recent CNN interview on the China-India relationship, Yvonne Chiu of the University of Hong Kong, said, “I think China doesn’t see India as a genuine long-term rival. I think it looks at India and sees a classic case of democracy gone wrong. India is incredibly corrupt, its infrastructure is terrible, and it is riddled with religious and demographic problems. Except it is very large. It does have a big population as well and it’s on the border. So it’s a regional rival, but I don’t think they take India seriously as a global rival.”
Commercially, China does well out of its trade relationship with India. India is its largest trading partner with over $100 billion of bilateral trade ongoing, largely in China’s favour. Chinese companies are supplying trains for the Delhi metro projects and have major stakes in Indian companies such as Paytm, Ola and Snapdeal to name a few. In fact last year, Oppo, China’s top mobile phone maker, paid $200 million for a five-year sponsorship to place their logo on the uniform of the Indian cricket team, displacing that of India’s leading broadcasting company, Star India.
But it seems that while it benefits from the economic prosperity of India, China wants to undermine India’s role as a regional super power. China is isolating India from its traditional allies (Myanmar, Bangladesh, Sri Lanka, the Maldives), notably through its Belt and Road Initiative (BRI).

The BRI is a program for increasing infrastructural, economic, and political connectivity between China and other countries in Asia, Africa and Europe. BRI has irked India as China positions itself in the centre of the new world order and also forges closer ties with India’s traditional rival Pakistan.
That China has shown a willingness to meet the growing infrastructure needs in nations that have long been India’s allies, is also worrisome for India. These needs are met at the investors’ terms, as was evidenced recently in Sri Lanka. Unable to service a $2 billion loan for the development of the port city Hambantota in southern Sri Lanka, its government was forced to sign a 99-year lease with a Chinese state-owned company. While the lease is purportedly for commercial use, the recent Chinese navy stopovers at the port have concerned the Indian government.
India needs to shore up its strategic stakes with its neighbours, and it needs to implement long-term solutions which will allow it to be a player in the global political scene.
Currently, it is being out-manoeuvred and outplayed by China.