With its particular blend of ancient and modern, Taipei has earned its place as one of the ‘Four Asian Tigers’, writes SANDIP HOR 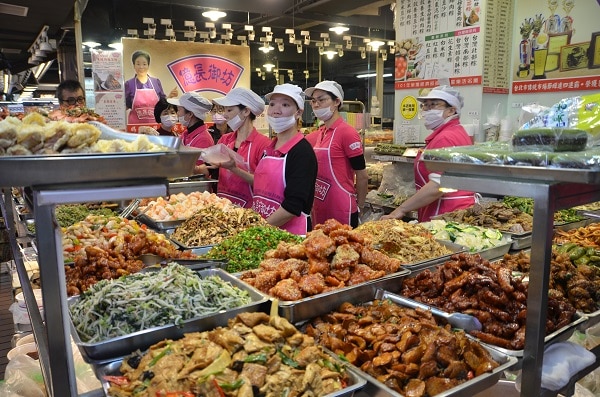 With its particular blend of ancient and modern, Taipei has earned its place as one of the ‘Four Asian Tigers’, writes SANDIP HOR

It’s not the world’s tallest building anymore, but Taipei 101 is still the first port of call for almost all visitors to Taipei, the ultramodern capital city of Taiwan. Using superfast elevators, all rush to the 89th floor observatory of this 508m high tower to grab a 360-degree, top-view appreciation of the city. Still, there are a plethora of attractions that bequeath a taste of the nation’s history, art and culture.


I follow the same routine, but after enjoying the vista from the tower, hike up several steps to the top of the adjacent Elephant Mountain to snatch a similar view of city, but this time with Taipei 101 dominating the skyline along with several other architecturally astute skyscraping buildings. Looking at the dazzling scale of development, I apprehend Taipei’s role in making Taiwan one of the ‘Four Asian Tigers’ alongside Singapore, Hong Kong and South Korea.
Taiwan is an island which lives with political controversy. It bloomed into limelight in 1949 when KMT party leader Chiang Kai-shek, after losing civil war in mainland China to Mao Zedong’s Communist forces, sets up his Republic of China government there in exile. Though Taiwan is an independent state, its sovereignty is only recognised by 22 relatively smaller nations. The biggies and the United Nations side with China to see it politically as part of the mainland.

However the political dilemma doesn’t take away by any means the inherent charms of Taiwan as an exotic travel destination. There is something for everyone here from exotic mountains, lakes and sea beaches to treasure troves of art and history and urban settlements showcasing the best of 21st century innovation.
Taipei is just not the nation’s political capital but also the epicentre of commerce, history and art. The city of around 2.7 million people boasts of many tourist attractions from temples, memorials and world class museums, not mentioning many parklands, shopping malls and exciting eating venues.

It’s said that when Chiang Kai-shek left the shores of mainland China, he had with him 10,000 boxes filled with the finest and most fragile artworks from paintings, calligraphy and ornaments to potteries, sculptures and rare books. It’s believed several boxes were lost in transit, but what could ultimately be recovered represents one of the best and rarest collection of Chinese art from the Neolithic age to the Qing dynasty. Much of it is now displayed inside the 1965-opened National Palace Museum which is often compared to Louvre in Paris and Prado in Madrid. Reflecting the taste of China’s emperors for centuries, many of the prized collections are made of porcelain, like elaborate Qing vases, plates and bowls and classic blue-and-white Ju ware products. Many notable bronze castings in shapes of bowls, tripods and bells, one of them carrying 500 character text arranged in 32 lines, also draw attention. However according to local experts the museum’s most celebrated item is a cabbage carved from jadeite, which uses the natural colours of the stone to create the vegetable.

Amongst several other museums in the city, the two that lure art buffs are the National Taiwan Museum, which exhibits anthropology and fauna and flora of the island, all housed in a splendid Baroque and Renaissance style building, and the National Museum of History, famous for tri-colour pottery and bronze items from ancient Chinese dynasties.
Perched amongst the city’s towering skyscrapers are many eye catching temples that remind visitors of the country’s cultural history. They all reflect the typical oriental style of temple architecture – ornamented curvy roofs, coloured pillars and gilded balustrades with strong aroma of burning incense sticks greeting everyone stepping inside its premises. Most significant among the locals is the Longshan Temple, one of the most renowned cultural icon of Taipei. Built like a palace complex, the 18th century temple is guarded by mythical creatures including dragons, phoenixes and heroes from ancient Chinese folklore.

Like Ho Chi Minh in Vietnam, Chiang Kai-shek is Taiwan’s national hero. He was the head of Republic of China from 1925 until his death in 1975, though from 1945 leading the government in exile from Taipei. His memorial in the city is like a site of pilgrimage for locals. It consists of a large bronze statue of him, watched over by two grimly looking sentries who are replaced every hour in a rifle twisting ceremony. Downstairs, a museum showcases some his personal memorabilia. The memorial of Dr Sun Yat-sen, the founding father of the Republic of China, is also significant among the nationalist minded locals.
Taipei is famous for its night markets which provides visitors with great shopping and street food experience. As the sun sinks, some of the city’s heavily neon lighted thoroughfares come alive with shops selling everything from clothes, shoes, jewelry, bags, toys and souvenirs to household items. Temporary food stalls set up on the streets get busy serving authentic Taiwanese delicacies from various types of meat grilled on sticks, milk fish and oyster omelet to bubble tea, pineapple cake and varieties of fresh fruits.

What impressed me the most in Taipei is the courteous and polite behavior of the locals. Their English may not be the best, but sincere efforts to help outsiders are highly commendable. They love their city intimately, so keep it clean and tidy with no waste to be seen on streets. Traffic movement can be stated as one of the best in the world. They are very proud of their nation and have deep empathy for all nationalistic movements. Perhaps that’s why there’s always a big crowd of locals alongside visitors at the Martyr Memorial site every day.

Taxi are easily available, though best to use the underground metro railway system. Day passes for unlimited travel in the metro can be purchased from vending machines at all stations.

Contact Nexus Holiday (nexusholidays.com.au) in Australia for all travel arrangements in Taiwan