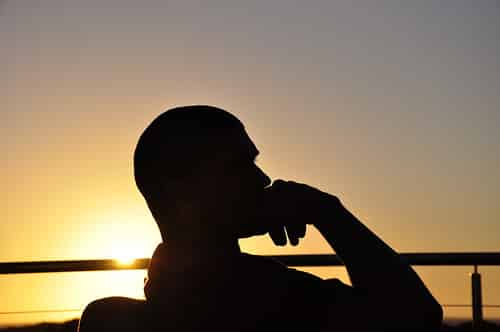 I didn’t hear Barry whistling last night. I didn’t smell his spring barbeque or see the filtered light through the trees from his yard. Gary told me a few weeks ago that he’d died when I was away.

Barry? It isn’t just his whistling I miss or the way we would chat outside on the footpath between his house and mine. He loved a conspiracy, hated greed, had innovative ideas as a trained engineer, loved the left – but not the commies. He drove me to the hospital a few years ago when I needed injections for blood clots in my calf. He saw me waiting for a taxi that never arrived.

Spontaneously, he helped. Spontaneous – like his smile, his whistle, his understated humour.

His passing knocked my breath out, faltered my steps…

Change can be scary, especially when it seems discontinuous. At such times there can seem to be no tangible or comprehensible order. It leaves us gasping for breath, initially stuck in denial, repeating things in our head, re-reading the messages, watching the replay – hoping for a different outcome.

Against a back drop of the expected comes the unexpected. I know the sun will rise tomorrow, but what will the day bring? A near miss? An opportunity? A loss?

A smile early and a tight chest later?

Sometimes change can be an escape for the restless.

When I was married, my wife needed us to move every two years. After a while I realised we had to be still. Apart from it being unaffordable, we’d hardly have unpacked when we were packing up again.

It took a few years for me to realise her need for change was really a need for distraction.

I would come home from work and find the rooms had been changed around.

She always had a new plan, another vision, a better way to rearrange everything in our lives.

It just left me vulnerable and wondering what would happen next.

The more still we became the more she agitated: for new work, for new friends, for new fights with the neighbours; or she’d simply find another form of injustice to write to the press about.

Of course, sometimes change is necessary. We need to renew ourselves, have a break, take on a new challenge or simply make a change because whatever we are doing is not working. An area of life has become circular and there is no progress. At such times agitating for change is appropriate. Or just a new lick of paint.

Every time it is the same. I say this and he says that. The script is so familiar that I cantell from the first word where it’s going. Nothing gets resolved. Nothing changes.

During those times I hear myself saying in my head,“I’ve been here before and I know where this is going.”

But I don’t stop and nor does he.

It just leaves us both angry and distant….

It is coming to the end of the year. I hear it is a time of reflection, as if reflection is constrained to a time or season. Perhaps reflection is a part of being awake?

A man can change his face and lose himself behind his eyes.

A friend of mine told me that his brother grew a beard after his 18-year-old son died in an accident. Decades later he still has a beard – having never shaven since that day.

I wonder what it would mean to him to shave his beard.

Would he think his son would think he had been let go?Forgotten? That his loving father had somehow impossibly moved on?

Shocking news has a habit of making the limbs heavy. Of stunning the mind into denial. Of slowing everything down. Lethargy becomes nature, and nurture is required to renew and reintegrate.

Shocking news brings a bowed head, eyes hidden – for tears are not meant to be public are they? Are they?

Men are meant to shield their eyes from the pain of openness and vulnerability. The sunglasses tint the starkness of light and help to mask the contrast between dark and light, certainty and uncertainty, continuity and the discontinuous.

I went for a run and saw the flowers at the intersection.

I heard the wail of an ambulance and the world blurred.

Sunglasses help to reduce the glare when everything is too bright. But using sunglasses as a shield to openness polarises the thinking, allowing only mediated light. Reflection is then pushed outwards and only gets as close as the lens. Openness, however, lets the hurt in and the tears out. 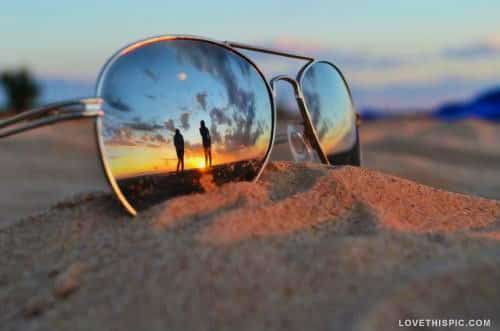 I start for my run. The GPS reads the distance and speed. I have a location and a time.

The body moves but there is an observer within, a thinker, a responder.

The kilometres pass with a buzz on my wrist but sometimes

the breath come and go

the time or the distance

I am from home.

There comes a time in every long run when everything feels totally so.

The body and mind are not fighting,

the issues of the day, the week, my life have greater clarity.

like dreams in sleep the mind is ever seeking solution and resolution.

The purpose of running is not motion – it is stillness.

I am still running, still running when someone calls from the road. I cannot recognise who it is but can recognise the sentiment. Later, on this same road, there will be a traffic jam and people, anxious to get home to loved ones, to a place of solace, will be halted for a while. Listening to their radios, music, or on the phone, few will drive in silence. Is silence more valuable in an age of activity, distraction, noise and continual updates?

I made a resolution. Changed my number, my address. Cut this away from that.

Made a vow to myself that was almost immediately tested.

Watchfulness and attention are needed to sustain lasting change.

Habits have a habit of, well, inhabiting.

And in every resolution a need for affirmation.

I didn’t hear Barry whistling last night, but he is with me now as I write.

Changes overlay all that we have been, with who we are and will be. Uncertainty contains certainty.

Interested in contributing a small donation to assist in men’s mental health?