Can we afford to indulge in victim shaming? 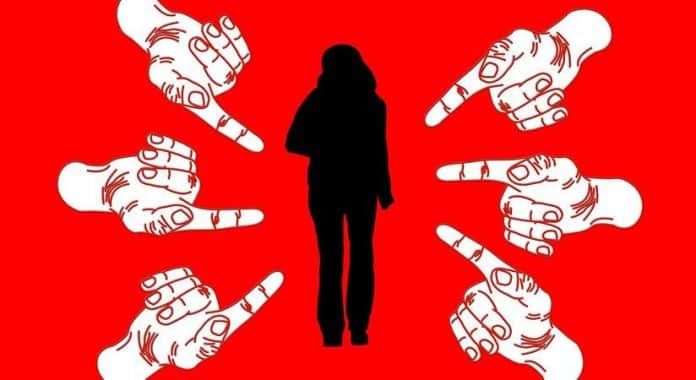 As the number of Coronavirus patients mounts by the minute, so does the fear. Fear and anxiety are insidious emotions which encourage people to behave and react in manners they ordinarily wouldn’t. Especially when faced with extraordinary circumstances like COVID-19.

Things can get worse when social distancing becomes the norm and emotions like empathy, compassion and kindness take a backseat. The thin line between naming, shaming and blaming get blurred.

Suppose for a minute it’s you who had coronavirus, which if reports are to be believed is highly likely in the near future, would you b alright with being named, blamed and shamed? Medical shaming is one of the traps that we have to avoid falling into in these trying times. It will only encourage people with symptoms to hide out of fear of shame, resulting in fewer cases being detected resulting in an increase in the risk of contracting.

Coronavirus is a pandemic, which means the disease is not a defect, inadequacy or a shortcoming in a patient. But those who are at a high risk of experiencing shame and humiliation or social ostracizing may hide that they have symptoms. Patients often respond to the suffering of shame and humiliation by avoiding the physician and withholding information from people.

Studies have reported that medical shaming at times is used as an attempt to motivate a patient to change their behavior, but more often than not it is out of a blatant disregard or disgust for the patient itself.

When asked how fear can result in shaming, Psychologist, Ann Philipose replied, “When survival is threatened people tend to respond in a plethora of ways. There is an uncertainty with respect to the disease itself and to how long we will have to stay under curfew. This uncertainty leads to anxiety. Anxiety manifests in a variety of ways… Patient shaming is because there is a lack of understanding about the disease and its physiology. Where there is fear we have a flight or fight response. That can get in the way of rational decision and emotions go into an overdrive and therefore we sometimes respond in patient shaming. What would be helpful is to get information from trustworthy sources. Right now we need to stand together and learn from each other and from those who have recovered.”

Take the curious case of Kanika Kapoor who tested positive for the infection; she was named, shamed and blamed. Named and called out, which in turn allowed all those in contact with her, or in secondary contact, to get themselves and their close ones checked for COVID-19 and get treated should the need arise or go into self quarantine.

Kapoor’s friends have taken to Instagram and other social media platforms in her defense. Some like Sonam Kapoor posted, “Hey guys stop blaming @kanik4kapoor, she arrived on the 9th when India wasn’t self isolating but playing Holi. This trial by media needs to STOP.”

Instagram handle TheSwaddle posted that within hours of the singer testing positive for COVID19, “healthcare workers, government officials, and celebrity gossip enthusiasts began ‘contact tracing’ her – tracking her movements… public scorn grew as fierce as people speculated that Kapoor must have flouted government directives of public safety and started calling her a ‘criminal’”. The comment goes on to say, that “these behaviours while stemming from the panic that the current pandemic has caused, are creating an atmosphere of stigma and fear that ostracizespeople who have contracted the coronavirus. Especially those who might not even know it yet. Stigmatizing illness is just the edge of a dystopian rabbit hole.”

The flip side is that if one cannot identify a carrier then one is left more vulnerable to being exposed to these carriers and thus to catching the infection.

Kim-Lien Nguyen, MD, Assistant Professor of medicine at David Geffen School of Medicine at UCLA and a practicing cardiologist,  in the article ‘Naming, not shaming — patient privacy restrictions facilitate spread of coronavirus pandemic’, published in ‘The Hill’  writes that, “at the core of the coronavirus pandemic is the rapid rate of infection and absence of full disclosure. By keeping the identity of infected patients or exposed individuals secret, the federal government risks escalating the problem to unfathomable magnitude and fueling further paranoia.” It goes on to state that, “Laudable efforts to “flatten the curve” by limiting social interactions are destined to fail if patient privacy is upheld at the cost of the public welfare… Health officials must recognize that providing a means for disclosure of infected individuals’ status may help curb further spread. Mitigating risks through transparent disclosure is a more effective step than fuelling further anxiety by shrouding the crisis with a cloak of secrecy.”

A heightened awareness of these issues can not only help physicians to diminish the shame experience in their patients, but can also make the lay man aware that nothing positive can be achieved by medical shaming. Victim blaming has not only snuck into our healthcare systems but also into our psychology. Whether its patients of sexual assault, STDs or even those suffering from mental illness or obesity.

In ‘Shame, stigma and Medicine’, it is stated that, “Shame remains universal—there can be few of us who have not been seared by shame at some stage of our life. In fact, some philosophers argue that shame is inescapable in human experience…” It further states that “Stigma is a social, emotional, political and clinical issue of enormous significance—the impact of social exclusion contributes substantially to the burden of illness, perhaps to the extent that in highly stigmatised disorders the suffering brought on by the disease process may be outweighed by the impact of stigma-induced social rejection.”