Closing the door on physical India has awakened the India of imagination and memory: Taseer 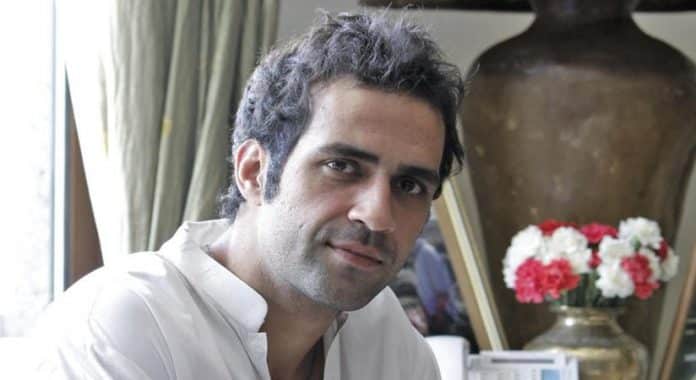 The reason writer Aatish Taseer signed up for the recently aired Al Jazeera documentary series ‘In Search of India’s Soul’ was because the producer didn’t want the typical Western documentary about India, in which Left-wing talking heads go on about the rise of fascism, but something that would deal seriously with the Hindu sense of hurt, perceived or real, that was causing the present conflagration.

“That was what sold me. I was much interested in moving past the political fractures of today and getting to the deeper historical tension that drives the politics of division,”  says Taseer, insisting that he considers himself, culturally and historically, to be a Hindu.

“ It’s very hard to pinpoint that deepest layer at which a religious culture touches you. How do you feel when you hear the liturgy, or the azan? What is the effect of ritual upon you? Does your heart stop when you first look upon that sight of an Indian temple town curled around a river? This is that part of religion that is deeper than belief. And, for me, since childhood, these deepest feelings have tied to Hinduism, and, more specifically, to the worship of Shiva. For me, there is no image more powerful than the creative dance of destruction, followed by the calm of Vishnu on the primal waters, floating upon the snake of residue.

The waters heating, aeon after aeon, bringing forth the lotus calyx from Vishnu’s navel, which contains Brahma and the promise of renewal. This image is the closest thing I have to religious belief.”

The writer, whose Overseas Citizenship of India was revoked recently, stresses that he was appalled the moment the news reached him. “To weaponize a technicality so that an Indian writer, who has thought and written about India all his life, as well as grown up there and lived there for 30 of 40 years, can’t go home to his grandmother and mother—it’s appalling. But not surprising. This government, above all, will be remembered for its extraordinary efficiency in going after each of its critics, big or small, from the teenager who writes a critical Facebook post to the writer and journalist. Their supreme contribution to Indian life is their pettiness. No one has gone so big on being small ever before. As far as the recourse goes, We are currently in a review process but the Home Ministry  won’t give us the documents, which they have used to accuse me of fraud and concealment. If they refuse, we’ll have to file a writ in court. But yes,  every channel of redress available to us is being used.”

As the conversation veers towards the cover story he wrote for Time magazine, post which his OCI was revoked, the New-York based writer insists that was very fair, and critical of the opposition party in India too.

Adding that to call Modi the “Divider-in-Chief” in May 2019 might have been provocative, but to do that now is a mere understatement of fact, he says, “I did not expect the volcanic reaction I got, but it makes sense in retrospect. The Prime Minister  longs for approval from the West and his entire mission in life is to circumvent the Westernized classes in India in order to bask in Western approval of himself.”

Taseer, who has to his credit critically acclaimed novels like ‘Stranger to History: A Son’s Journey Through Islamic Lands’, ‘The Temple-Goers’, ‘Noon’, ‘The Way Things Were’ and recently , ‘The Twice-Born: Life and Death on the Ganges’ insists that the trolling and abuse on social media doesn’t really bother him. “I couldn’t care less. I’ve been in this business for a while now and I’ve dealt with all manner of excitable mediocrity. You should see what trolling in Pakistan is like. They don’t leave it on the Internet; they come and kill you afterwards. Now that is something to be sore about.”

Now, he is a writer whose work is immersed in Indian life, and  he can’t return to his country…. “It’s a  nightmare on a personal level, but I’m not sure yet of the effect on my creative life. Exile, as you know, can be both a fertile and a sterile state for a writer. It’s too early to judge what mine will be. What I can say is that I feel very stimulated, very alive. Something about closing the door on the physical India has awakened the India of imagination and memory. It has also freed me from the oscillation between East and West, which was tearing me apart. I have this wonderful sense of purgatory, of feeling myself in the boarding lounge of life, with all the experience of the past forty years, both in India and in the West, bristling inside me. I cannot say what it will yield, but it doesn’t feel like stasis.”

Adding that even before the protests over CAA- NRC, he had said that a mountain of anger was coming towards the present regime,  Taseer feels that the anger is not strictly confined to the failings of the leadership but also at oneself, for having believed so ardently in the promises of the government.  “When this government is confined to history, we will have to deal with the disappointment of the Indian people. This was a real moment, of trust, and hope, and promise. And it was utterly wasted. Moments like this don’t come often in the lives of countries. We will all have to ask ourselves why we were so badly misled, and why this task ahead of us of becoming a certain kind of country, with certain basic modern conditions, cannot be achieved as a mere emanation of spirit. It is not enough to say I love my India. We have allowed ourselves to become an un-serious people.”

But what really made him leave India for the US? “I met a boy, I fell in love. That was it, really. Wait, no: there was something else, a premonition. If you read ‘The Way Things Were’, you will see that it is full of a sense of foreboding. On some level, I think I knew, after that Modi election, that an India would come into being where there would not be room for me. I was too exposed. I was a man without a tribe in India, and there is nothing more dangerous.”

Taseer says that he may never be able to see his 90-year-old grandmother who brought him to India when he was two, and gave him his middle name – Ali. “And never in all my life did I hear a bad word from her about Muslims, or Pakistanis. Her husband, my nana, had fought wars against Pakistan. He had lost everything at Partition. But it did not poison his view of human beings, or even Muslims in what is now Pakistan. I think he saw them, along with himself, as being victims of history, rather than perpetrators. To be civilized in my view (tehzeeb-yafta, yan sabhya) is to recognize the corrosive nature of crude emotions; and, by this reckoning, my grandfather was the image of refinement. He never let what was base corrupt his mandala. I have always thought of that core of stillness, unmolested by the material world, as being curiously Indian, part of the fullness of what we describe as shunyata.”