Book review: Zucked: Waking Up to the Facebook Catastrophe 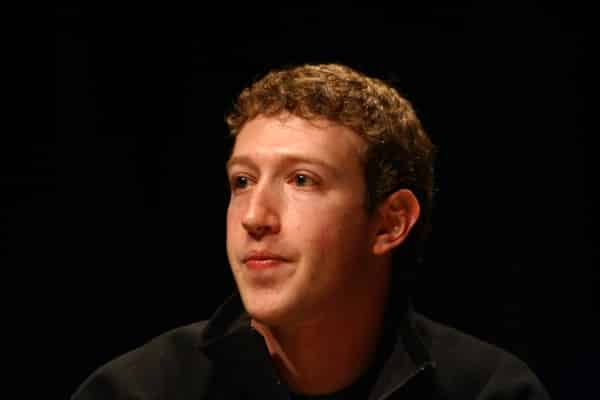 Reading Time: 3 minutesFacebook is perhaps the best example of how a great idea of connecting with family and friends online can become a catastrophe in just 15 years of its existence.
From the Cambridge Analytica data scandal, housing ad bias, the misuse of facial recognition software, frequent users’ data leaks, targeted advertising with tweaked algorithms and so on – Facebook is losing the grip over issues it could have avoided in the first place.
For someone who has been on the inside – this is the story of losing faith in a company he saw growing as he mentored its CEO Mark Zuckerberg who struggled to take early decisions that made Facebook, Facebook.

Roger McNamee, a famed Silicon Valley fund manager and venture capitalist, mentored Zuckerberg during his crucial formative years, helping him with two big decisions – the turning down of Yahoo’s $1 billion deal in 2006 and the hiring of Facebook COO Sheryl Sandberg.
Zucked (a sarcastic reference to people who lost money in the Facebook IPO in 2012) is an account where McNamee – who first met Mark Zuckerberg in 2006 when the young CEO was 22 and he was 50 – opens up about how tech platforms like Facebook are taking advantage of users’ trust, how success can breed overconfidence, and how the best ideas and intentions can go horribly wrong.
“In the year I knew them best, the Facebook team focused on attracting the largest possible audience, not on monetisation. Persuasive technology and manipulation never came up. It was all babies and puppies and sharing with friends,” writes McNamee.
Today, Zuckerberg is planning to merge the company’s platforms – Facebook Messenger, WhatsApp and Instagram – into one entity, thus making more money while throwing end-to-end encryption for a toss.
The Russian interference in the 2016 US Presidential elections via Facebook (126 million users were exposed to messages that were originated in Russia) and the Cambridge Analytica data scandal involving 87 million users, later changed everything for the social media giant that has over 2.2 billion monthly active users.
“Zuck and his team did not anticipate that the design choices that made Facebook so compelling for users would also enable a wide range of undesirable behaviours. Facebook first denied their existence, then responsibility for them. Perhaps it was a reflexive corporate reaction,” laments McNamee.
Today, governments across the world – from the US to the EU – are tightening social media regulations and punishing Facebook and other tech companies for either misusing their software architecture or showing an irresponsible behaviour towards the users.

McNamee, now 62, saw this coming long back and even warned Zuckerberg and Sheryl on this several times but to no avail.
“Zuck’s and Sheryl’s failure to take action to address obvious flaws in the product and to protect their brand is at least suggestive of their monopoly power. They may not have been concerned about brand damage because they knew the users had no alternative,” says the man who co-founded private equity giant Silver Lake Partners.
There is, however, a second possible explanation why the company ignored early warnings from McNamee and later criticism from several quarters.
“From his time at Harvard, Zuckerberg showed persistent indifference to authority, rules and the users of his products..Users either did not know or did not care about the loss of privacy,” he writes. And Zuckerberg knew this.
Is there a way out?
The solution now rests with the users, the employees and the regulation to tame the monster called Facebook.
“In my dreams, billions of users will rebel, changing their usage of Internet platforms in ways that force massive change.
“The employees of Facebook and Google will be the change agents,” he says.
In fact, they already are, if you have read recent news where Google employees staged walkouts against workplace harassment or forced the company to shelve the controversial Pentagon AI project.
After facing intense protests over sexual misconduct and discrimination at workplace, Google has decided to end the forced arbitration policy for its employees.
“The policy makers around the globe must accept responsibility for protecting their constituents. The stakes could not be higher,” says McNamee.
Although the history of Facebook has been written many times, Zucked: Waking Up to the Facebook Catastrophe is more relevant as the social media giant faces extreme heat over increasing political interference from nation-state bad actors amid an unabated spread of fake news and misinformation on its platform.
IANS