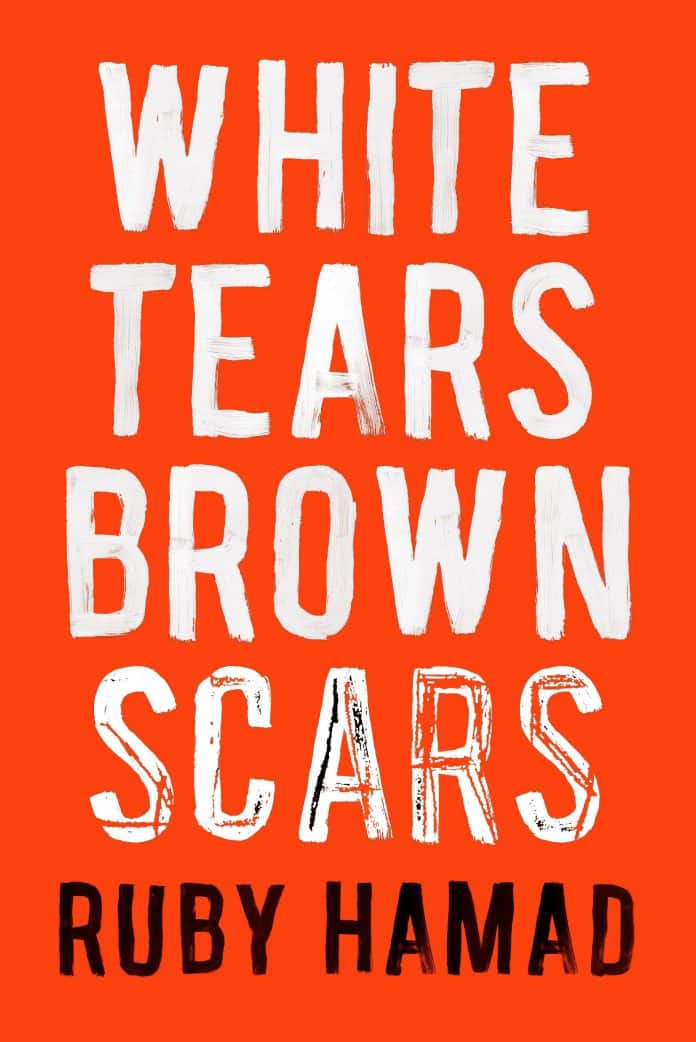 Reading Time: 3 minutesRuby Hamad’s White Tears Brown Scars is an informative and compelling read. In this work, Hamad lays bare inconvenient truths that seek to inspire reflection in readers and which provide a framework from which to contemplate history, as well as contemporary events.


Events such as the Stolen Generation, or indeed the colonization of India during Pax Britannica – are usually seen as perpetrated by a “white” oppressor. This white oppressor is
often masculine – as this is usually where the power structures lay. However, the other silent oppressor, often working alongside the masculine is the female – and indeed on occasion even more brutal than the male. Shashi Tharoor in his powerful work Inglorious Empire, writes that it was white women during the Raj who were “most guilty of racism.” Similarly, Hamad seeks to inform readers of the role played by white women in the history
of keeping “others” oppressed.
It is these historical references in Ruby Hamad’s book that are most gripping and hard to refute – after all, white power has two sides to it – male and female.
But when discussing contemporary events, Hamad fails to provide conclusive evidence of racist behaviors framed and weaponized through systemic victim-hood by white women.
Using anecdotal evidence where a more rigorous scientific study would have helped build a watertight case, Hamad provides examples of individual instances and then uses these to build a case for her arguments – that white women are guilty of racism but will use their tears and cry victim-hood when they are called on their behavior. Upon reflection of events in my own life, I tried to see parallels between the argument built by Hamad, and my own 30 years of experience – 20 years professional – in Australia.
Over these decades, each time I experienced professional setbacks or came across people who did not treat me fairly, my first reaction was to judge the event by the actors involved, and rarely, if ever, did I see an interplay of racism. In other words, those who did wrong by me were generally either misguided in their understanding of the situation, or behaved the same way with others, both men and women. I have not felt that any event happening to me had a racist undertone. Could this be because I did not go looking for racism, nor did I try to see the intertext of racism in my interactions with others? Perhaps. And perhaps
this is what has shaped my world view – that contemporary white women are no more or less racist than others.
In fact, I have had countless examples from people of Indian descent who have been quite candid that they expect unfair treatment from people from their same background, i.e other Indians – and that while the white man can’t really be trusted, their own people are trusted even less.
Does this mean that Hamad’s argument does not hold true that white women are guilty of racism but revert to the familiar behavior of playing victim when confronted? My insight is that we all have biases – and when attacked or challenged, we revert to familiar behaviors – whether this be aggression, hostility, or tears and self-pity. White women, just like women of color, have learnt to navigate the world in a way that’s most beneficial
for them – and which provides psychological safety. Just like me not seeing racist behaviors in others, perhaps white women as a group don’t see how their behaviors impact others, or that they continue to uphold the societal structures or traditions that
bring to life racism for others.
More positively, Ruby Hamad’s book does make the reader think. Yet it does not provide answers – as this requires dialogue between all groups. Most importantly, and perhaps negatively so, this book creates an “otherness” of white women. At a time when women – and men – need to collaborate to change the pervasive structures which benefit one group over another, this book does seek to divide, and highlights one particular group i.e white
women, as being a source of the problem.
The reality is that castigating white women is not going to help anyone, nor will it further the cause positively. What would be better would be to help every individual to seek to understand how their behaviors hold back others – whether it is through overt biases, or through less powerful people or victims not calling out counterproductive behaviors when they see them.
Ruby Hamad’s work is absolutely essential reading for today – as it helps bring to the fore what was once only suspected. However, whether the suspicion is actually true can only be addressed through dialogue. And fundamentally, this is what Hamad’s book will help foster.
Salma Shah
- Advertisement -
Share
WhatsApp
Facebook
Twitter
Linkedin
Previous articleUnderstanding elder abuse
Next articleLebanese spread