After the countless biopics on men last year, 2019 is set to be the year of women as far as biopics go 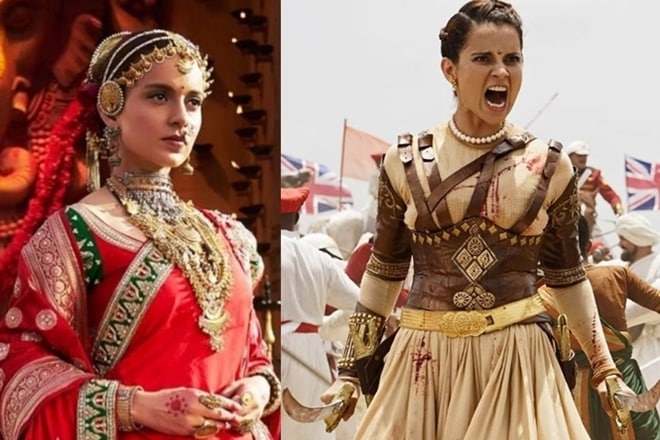 Reading Time: 3 minutesIn the recent past, inspirational stories of sport stars like Mahendra Singh Dhoni and Milkha Singh, and freedom fighters such as Subhash Chandra Bose and Bhagat Singh have been told on the big screen. Soon, cinema halls will be taken over by biopics on women achievers, starting with Kangana Ranaut’s Manikarnika – The Queen of Jhansi based on the warrior queen.
Eminent film and trade business analyst Girish Johar said Manikarnika…, in which Kangana plays the title role, is currently trending in the country and that it has got a “good buzz”. “A popular face does help reach a wider audience because they have their own fans and fan clubs. They are well established and their craft is already recognised. Everyone knows that Kangana does different kinds of films,” Girish said.
Director Indrajit Lankesh is coming out with a biopic on southern film industry’s adult film star Shakeela. Talking about biopics made on influential women, he said: “Finally, the film industry is opening up to women because maybe in the 1970s or 1980s, they thought that women were only for songs and dancing around the trees; but biopics getting made on women show that there are a lot of women achievers who can stand on their own and it’s great.”I always thought that when Shakeela was dominating in the male-dominated industry in mid 1990s, it was very difficult; but today, the scenario is slowly changing. I can’t say that it’s completely changed, but I am proud and happy that there are a lot of biopics being made on women.”

On his film, he shared: “It is a story about an actress who has seen a life from rags to riches to rags. Her life itself is a very good learning path for any woman.”
Richa Chadha will play Shakeela, but the actor herself doesn’t see biopics on women as a trend. “Reality is stranger than fiction. As long as there are interesting stories, these films will be made because women won’t stop achieving now,” she said.
For Richa, it was the story of Shakeela’s life, “with all the trials and tribulations”, that she found very dramatic. “When I first heard it, I wondered how it hadn’t been adapted into a screenplay already. I am happy I got to act in this movie because I really grew a lot with it,” she said.

Actor Deepika Padukone is also set to take the story of acid attack survivor Laxmi Agarwal from real to reel. Deepika had said: “It’s a very important story and it’s a true-life incident, so hopefully good things will come out of it.”
Actress Shraddha Kapoor will be showing her sporty side by essaying the role of ace badminton player Saina Nehwal. Even down south, filmmakers are opening up to the idea of biopics on women. Last year’s Mahanati, a film about the rise of female south Indian superstar Savitri, won the hearts of many, and people can’t stop praising popular south Indian actress Nithya Menen for her look in the new poster of the film The Iron Lady, based on late politician Jayalalithaa.

“The film on Jayalalithaa is very heavy. I was very impressed when the film’s director Priyadarshini came with the film to me. She was so focused. I told her that if we are doing a biopic, we should ensure complete justice to the character. She was going in the right direction and was extremely confident. I am really looking forward to doing that film. That will be interesting to explore as an artiste,” Nithya had said.
New actors are also participating in the trend. Janhvi Kapoor has reportedly taken up a biopic on Gunjan Saxena, an Indian Air Force combat pilot. There were also reports that actress Jacqueline Fernandez will play ace Indian cyclist Deborah Herold in a film.