Bhoot Part One: The Haunted Ship' sinks under cliches 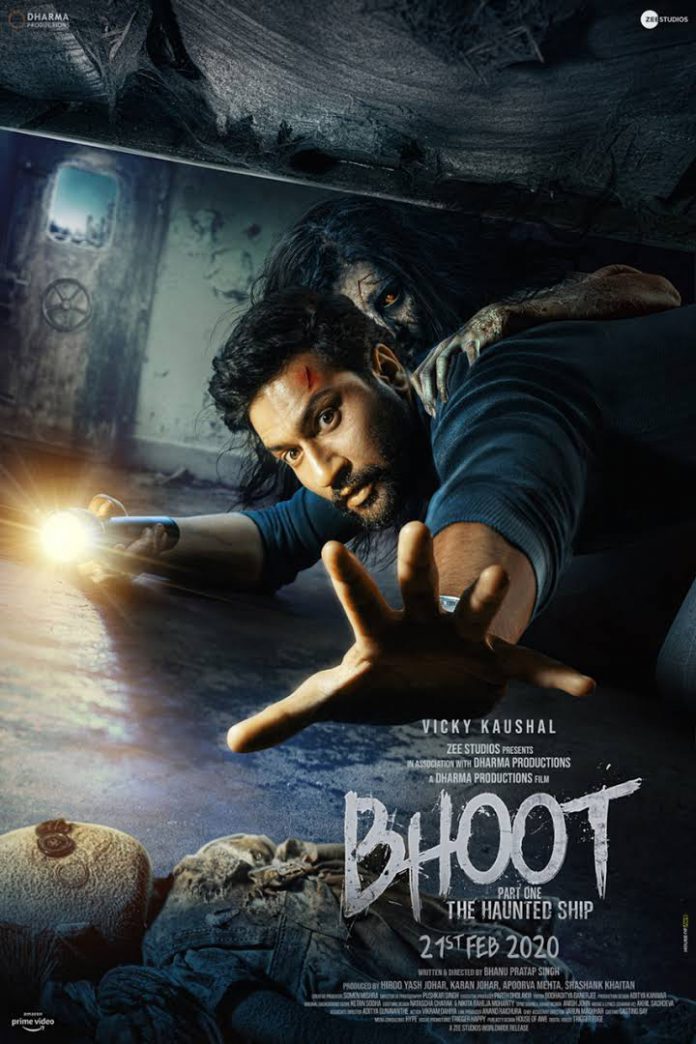 Vicky Kaushal fans might just be disappointed. They waited over a year for a new film post the blockbuster “Uri”, and the outcome doesn’t seem worth it. Why ever Vicky opted for an assembly-line horror flick at a time when he was expected to take his game to the next level is anybody’s guess.

Perhaps, it would still have worked if this story had a few original scares. The film reels under generic cliches of horror cinema, as it meanders aimlessly from one stock scare moment to another.

Vicky needed to keep one thing in mind. The real hero of a ghost flick is often the sound engineer. Very few films in the horror genre have ever managed to spook out and rake it in without the right auditory jumpscares. As “Bhoot Part One: The Haunted Ship” blindly adheres to formula, Vicky with his proven screen presence valiantly struggles to salvage a narrative that becomes as doomed as a sinking ship with every passing minute. At a runtime of just under two hours the film uses stereotypical sound and music effects, blending it with formulaic jump cuts, some nifty cinematography, and lots of mediocre special effects.

The concept of a haunted confined space — be it a house or, in this case, an abandoned ship — is one of two most commonplace script ideas in the horror genre (the other being that of a person being possessed by a supernatural spirit). Debutant director Bhanu Pratap Singh, while unfolding the mysteries of his haunted ship story, falls back on familiar tropes to garner the scares in the film, which has been touted as the first release in a planned franchise.

The focus of Singh’s execution remains on creating an impact with technology rather than an original storyline. For, when it comes to the thriller that unfolds on the screen, Singh as a writer seems contended piling up situational scares that merely deliver instant visual and auditory bang.

An abandoned ship named Sea Bird floats in out of nowhere and gets stranded off Mumbai, piquing curiosity of people as well as the media. Vicky Kaushal plays Prithvi, a shipping officer who becomes obsessed about unravelling what might have happened on board, though he is warned that Sea Bird is widely believed to be haunted. Prithvi thinks he saw a girl inside the abandoned ship. People tell him he is hallucinating but, grappling with a personal tragedy, Prithvi is somehow convinced that he needs to solve the mystery of the ship.

Vicky Kaushal renders Prithvi with gravitas, in a screenplay that is mostly about throwing the hero into a quagmire of special effects and sound effects. He effectively communicates the strong psychological subtext about his character, which forms a defining core in the story. It is not a regular thing to see a GenNow actor, who has only started scaling the heights of stardom, sign up a horror film. In every sense, Vicky has taken a calculated risk signing up a mediocre horror film that barely lives up to his talent.

Bhumi Pednekar in a cameo and Ashutosh Rana in a small role are left fending with roles that suffer due to weak writing.

“Bhoot Part One: The Haunted Ship” might just satiate hardcore horror buffs who are game for anything that the genre offers. All others, including Vicky’s fans, would be hoping that Part Two is better crafted.