Letting your inner child go crazy: that’s what Holi is all about! Here are some Holi memories from days past, as told by CHETAN ROY 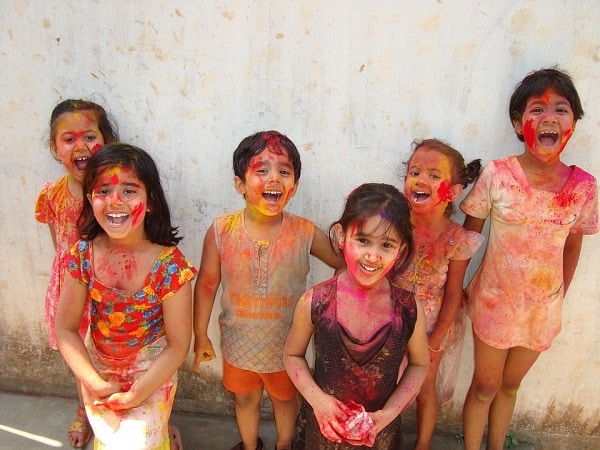 Reading Time: 2 minutesThe last time I played Holi in India was nearly 21 years ago. My earliest memory of playing Holi stretches back to my early childhood years, on the lawns of a family friend’s home in Kolkata. It was mainly adults since I must have been about 5 or 6 years old. There was a small tank of water, shaped like a fish, which was very imaginatively called the “fish-pond”. The fish pond was filled with water and spiked with bhang (cannabis indica). Initially, the parents and aunts and uncles formed 2 teams and were spraying each other with coloured water from a garden hose. Finally, things took a turn for the sublime when people started throwing each other into the bhang fish-pond. I can’t remember the effects of this because I probably did not recognize the after-effects of bhang. The one thing that I do remember was people breaking into bhang-ra.

From grade 2 to grade 5, Holi was a much-awaited event because I would go and play with my school friends on the roof of their multistorey building. Although the building had just 8 floors, it was the highest in the distant landscape and was undoubtedly filled with many stories. The entire building community – grandfathers, aunts, uncles, kids – would all assemble on the roof and we would go stark-raving bonkers for a few hours. We would hide behind the water tank and empty a bucket full of gulaal-ed water on any hapless soul that entered our territory. Followed, of course, by patting people on the back with a water balloon. Of course, there were the few edgy fellows who would throw water balloons at scooters passing by on the road 8 floors below and then hide. Luckily, their aim was as poor as that of a drunken woodpecker.

Later, I made friends with the kids in my neighbourhood. One of them was a Gujarati. This brought the added perk of celebrating Holi on 2 days because the Gujaratis celebrated the day before we celebrated Holi. My mother would force me to wear the same soiled clothes again because she refused to ruin another set of clothes just because I was adhering to local community traditions.
The fun and abandon, the “who cares where you’re from” spirit, and the infusion of colour – these remain with me as fundamental to the tradition of Holi. It’s a day of letting go, and coming back to your community – regardless of region, religion or ramification.