Beyond the Cannes red carpet: Where are Indian films? 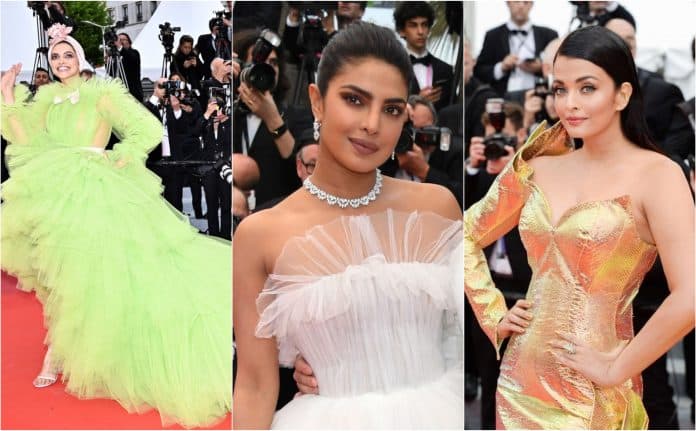 Reading Time: 3 minutesAs many as 1,854 feature films were submitted to be part of the 2019 Official Selection at the Cannes Film Festival from across the world this year. As many as 39 nations are represented as production or co-production countries. India is missing.
Filmmaker Onir rightly questioned, “What are we supposed to celebrate about Cannes 2019… The cinema that’s being celebrated or just the clothes our actors wear and the parties they attend. Somehow that is all that seems to be talked about.”
Barring the overwhelming red carpet or party looks of Bollywood actresses making a splash on social media, an India Pavilion organised by the Ministry of Information and Broadcasting and FICCI, is doing its bit to forge international partnerships in distribution and production, to pitch India as a shooting destination and promoting film sales and syndication.

India may be one of the largest film producers in the world, but no film from the country made it in the competition categories. There was nothing to boast about in the key sidebars – Director’s Fortnight, Un Certain Regard and Critics’ Week this year either, but for one respite – Achyutanand Dwivedi’s three-minute short film Seed Mother which won the third prize in the international section of Nespresso Talents 2019.
National Award-winning filmmaker Madhur Bhandarkar, who is a part of the government-led delegation, found it “unfortunate” that Indian cinema had no presence at the gala, but said the prerogative of the festival line-up lies on the jury.
“The jury decides what movies should be shown, and we should respect what they want. We should be proud because people have taken India seriously in terms of our cinema and our digital content. People are watching Indian cinema in a big way. They know our stars very well,” Bhandarkar said.
To make inroads into such a festival, Bhandarkar said it was essential that Indian filmmakers follow the Satyajit Ray and Ritwik Ghatak kind of cinema with “Cannes value”.
Mira Nair was the first Indian to win the Camera d’Or in Cannes for Salaam Bombay in 1988. The last Indian film to compete for the coveted Palm D’Or at the prestigious gala was Shaji N. Karun’s Swaham in 1994.
Producer Guneet Monga, who has leveraged the power of co-productions, said creative collaborations with producers across the world play a major role.
“When you get more creative collaborators and you structure films internationally like with Europe, there’s a lot of mentorship that comes with it in terms of storyline and process. That’s what we did with The Lunchbox and Masaan (both of which were shown at Cannes),” Monga said. “I genuinely feel co-productions help with the quality of filmmaking and for a global launch. It challenges us to make better versions of our own stories, and I would highly encourage people to do more co-productions to be able to tell more Indian stories to the world,” said Monga, whose co-production Period. End of Sentence won an Oscar this year.
Actress Huma Qureshi, whose two-part film Gangs Of Wasseypur was showcased at the Director’s Fortnight sidebar at the film jamboree a few years ago, is at the gala this year – representing a dose of “desi girl power” as part of a brand association with Grey Goose.

She told the media, “In 2012, my first film Gangs of Wasseypur was showcased at Cannes, and it was a fine example of an Indian film making waves in the French Riveria. There have been a few others over the years like Masaan and Manto. But the fact is that we as an industry are not making and supporting enough films like these. If we really want to be noticed and showcased at world festivals like Cannes, are we ready to make films where art is celebrated for art’s sake?”
Malayalam filmmaker Sanal Kumar Sasidharan however finds a silver lining in Bollywood stars glittering on the red carpet.
“This is the only reason when a film goes to Cannes, even in a sidebar section, the media gives some attention.”
Radhika Bhirani (IANS)

- Advertisement -
Share
WhatsApp
Facebook
Twitter
Linkedin
Previous articleBook review: The Assassination of Indira Gandhi by Upamanyu Chatterjee
Next articleLessons from the story of Anh Do, the ‘happiest refugee’ in Australia