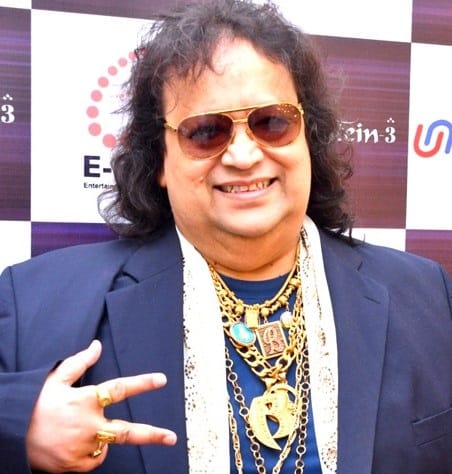 The film is about a drug peddler-turned-rapper who struggles to get out of the drug mafia, to make it big in his singing career.

“The name ‘Trap City’ is itself very exciting. Today, with modern day concrete jungles taking up the space of the greens, we are all living in trap cities. This Tel Ganesan film has something more that makes it closer to my heart. It is a musical replete with songs,” Bapi Lahiri said.

The film is co-produced by Tel Ganesan, who bankrolled “Devil’s Night: Dawn Of The Nain Rouge”.

“When Ganesan narrated the film to me and I saw the trailer as well as his other film, ‘Devil’s Night – Dawn of the Nain Rouge’, I felt that our sensibilities match and I consented to do an exciting number for ‘Trap City’. I will be collaborating with a global rapper on the same,” Bappi lahiri added.

Talking about the collaboration, Ganesan said: “We met Bappi da to take his blessings. His energy is contagious, his experience and enthusiasm are our assets besides his vast repertoire of music. Hollywood is nothing new to him. We feel blessed to have him on board our project. Having the legend on board for ‘Trap City’ will, indeed, be an honour for any film producer. It is an exhilarated feeling to be associated with Bappi Da!”