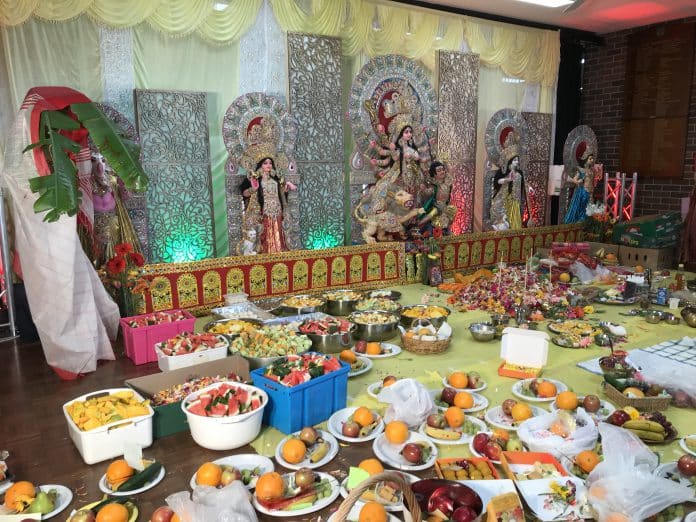 Early morning drizzles and windy conditions during the start of the recent October long weekend couldn’t dampen the festive mood of the Bengalis in Sydney celebrating the
Durga Puja which is undoubtedly the most auspicious occasion in their calendar back home as well as in Australia.

With the Bengali population rising in and around Sydney, this year we saw several entities organising this religious fiesta in different scales. However the largest, just like in previous years, was presented by the Bengali Association of NSW (BANSW) – one of the oldest Indian community organisation in Australia – at Concord High School.

While other associations have been organising the puja only for a day, primarily due to logistical issues, BANSW for years devotes at least two full days. However this year it was something exceptional when the 1975-established association, ventured to span it on a mega-scale for four consecutive days, beginning on Thursday 3 October evening with ‘Anandamela’ – a food festival which in the recent time has become synonymous with Durga Puja worldwide.
“This year our festival has taken a giant leap with many new initiatives”, Annidita Mitra the current President of the Association, told Indian Link. “For the first time in our history we celebrated for four days, most importantly matching the dates precisely as stipulated in the religious almanac.”

First time as well, a drummer called ‘dhaki’ from India flew over to play Dhak – a traditional drum the beating of which is an integral part of the festival. Entertainment in
the evenings included a fashion show and cultural performances with notable singers and dancers from India. “We have also implemented initiatives to make this large- scale event environmentally clean,” Annindita revealed.

With pomp and grandeur at its peak, anyone who was present at the venue during the four-day period will possibly have no hesitation to concur with this.
Resonating with the festive spirit, the Concord High School arena adopted a different look with hundreds of devotees crowding the indoor and outdoor space to its capacity.

Inside the main hall, the images of the Goddess Durga and her four children Ganesha, Karthik, Lakshmi and Saraswati were ornamented on the main stage with aircraft and
flowers. With the priest chanting the religious mantras in high notes and devotees praying, the ambience was pretty much like the inside of a temple. Huge quantities of fruits,
sweets, flowers and incense sticks were among the offering. After completion of the rituals the food was distributed as ‘prasadam’ symbolising her blessings to the disciples. In
addition, vegetarian lunch cooked by in-house volunteers were served all three days.

Outside the Durga Puja hall, the scene was like a carnival, with ice cream vans, coffee counters and stalls of several kinds from to food and fashion to magazines, books and Telstra – all doing a brisk business. With the ladies swirling their sarees, children playing, youngsters chatting, some dancing to the high-pitched music and elderly reminiscing the nostalgic moments over a cuppa, the panorama aptly resembled a scene of happiness and social harmony.

According to the organisers, over ten thousand people passed through the arena during the four-day period. There were many from other Indian communities and local Aussies as well proving it to be truly a multicultural affair.

This big-budget Durga Puja event is funded by BANSW with donations and sponsorship from the members, supporters and some private businesses. 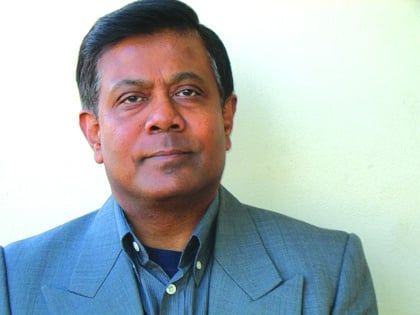