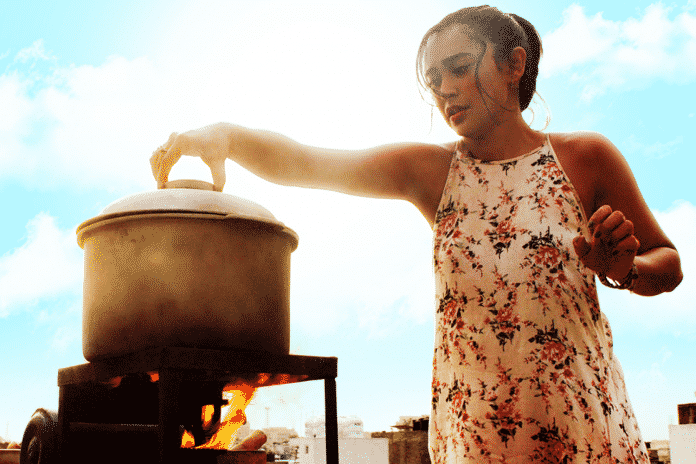 Welcome to the world of content-driven Hindi cinema.
If you’re already a fan, Axone is one film you won’t want to miss.

The Sayani Gupta starrer was screened recently at the Jio MAMI 21st Mumbai Film Festival with Star 2019, and it received a standing ovation at the festival. Earlier it made an equally
favourable debut at the BFI London Film Festival.

So what’s Axone? If you think the term sounds outlandish, then that’s where the problem begins. (It’s a food item, also known as akhuni, that is not foreign but very much native to India).

Axone the film is a bittersweet satire that follows a group of young people as they set about preparing a wedding feast for a friend, and want to cook their favourite dish, axone or akhuni. Akhuni is a smelly fermented bean commonly used in Naga preparations.

Yes, the young folk are north-easterners, who have for many years now battled widespread racism at the hands of ignorant Punjabi Delhi-ites.

Now that is a refreshingly different Hindi film. And one, we might add, that has been long overdue.

Sayani who plays a 23-year-old girl from Manipur, has many hopes for the film. “Axone premiered at the BFI London Film Festival. At MAMI, it is mostly an Indian audience and you always look forward to seeing their reaction because ultimately, they will relate to the film the most. All the three screenings of the film were packed. The standing ovation, that was quite overwhelming!”

Quizzed about the film’s theatrical release date, the actress sounded unsure. “Soon, I hope. It’s very difficult with independent films because they don’t make a lot of money when released theatrically. But the good thing is, people have started watching these films. Since the film got a very good response at BFI and MAMI, it will hopefully release by the end of the year,” she replied.