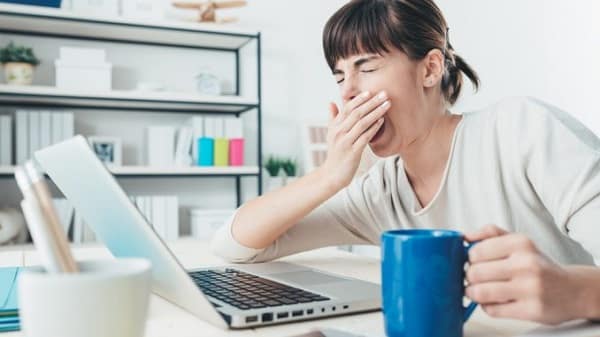 Reading Time: 3 minutesThe catastrophic sleep-loss epidemic
Today on World Sleep Day, have you considered how your sleep may be affecting your life, health and happiness? Western nations are in the midst of a sleep-loss epidemic causing health issues from increased heart disease to Alzheimer’s, lower immunity and mental health disorders. By sleeping six hours or less every night, you’re putting yourself at serious risk. This accounts for almost one in 2 people.
The risks are real: We’re sleeping less than ever before.

Both our sleep quality and quantity have declined. We are sleeping two hours per night less than we did just 150 years ago according to a recent National Geographic documentary. In 1942, less than 8% of the population was trying to live with six hours sleep or less, yet in 2017 that figure was almost one in two people. Sleeping 6 hours or less is the point at which serious health risks exist.
Inadequate sleep and its daytime consequences affect 33-45% of adults in Australia, according to a 2016 Sleep Health Survey. “Significant” insomnia is present in 20% of adults. The rise in insomnia is also believed to be an indicator that people are sleeping more lightly today. So not only are we sleeping less, we are getting poorer quality sleep.
Sleeping tablet use has increased exponentially since 2003. Despite the fact that sleep should be a natural process, a whopping 8% of Australians use prescription sleep medication on most nights, and a further 5% use over the counter preparations most nights. 10% use alcohol a few nights or most nights per week to help with their sleep.
What does poor sleep actually cost you?
Sleep is critical to your physical health. It boosts your immunity; your body’s ability to fight off insults from bacteria, viruses and pathogens. It is your body’s way of recovering from the day and restoring balance at a cellular level. With less than four or five hours’ sleep, your natural killer cells (that attack the cancer cells that appear in your body everyday) drop by 70%.

Our sleep, or lack of, is also shown to affect our mental health. People suffering insomnia are five times more likely to suffer from depression, and 20 times more likely to suffer from anxiety.
Sleep deprivation has such a huge impact on us that it has even been used as a form of torture: from ‘waking the witch’ in medieval times to the CIA’s sinister exploits. Yet so many of us constantly exist in a milder version of this every day.
Our hip pocket is impacted too. In one study, it was concluded that sleep disorders cost the Australian economy a staggering $5.1 billion annually in total. But that’s without even considering the detrimental effects of inadequate rest on people’s quality of life — which researchers estimated to be the equivalent of an additional $31 billion.
Given that sleep has a huge impact on everything from our mood, to our stress levels, relationships, immune system, sex drive, physical well-being, safety and our memory, shouldn’t we be paying a little more attention to it?
Sleep Expert and Coach, Elina Winnel from The Sleep Expert says that “only a small percentage of sleep issues are due to an underlying physical condition. This is great news for sufferers, as it means with the right help the body’s natural sleeping ability can be restored.”

Australia’s Sleep Expert changing the world of sleep
With this global epidemic, Australia’s Sleep Expert, is now helping put the world to bed. Through her own experience with chronic insomnia, she saw that sleep problems were being dealt with using simplistic, outdated methods. A new approach was needed in order for people to achieve real change.
Elina says the prevalence of such obsolete practices is a large part of the reason why so many people believe they have no choice but to put up with poor sleep. “Part of my mission is to educate people that this isn’t the case. There is so much more to sleep than the commonly known ‘sleep rules’.” she says. “Sleep quality is definitely something that is within people’s power to improve.” In keeping with this, Elina developed the Sleep Expert System, a unique and ground-breaking approach which represents new hope for countless sufferers of chronic insomnia and sleep difficulties.
If you’re ready to transform your life by reclaiming your sleep, find out more at http://www.thesleepexpert.com/.