The Government endorses the report and provides in-principle support to its 20 priority recommendations. 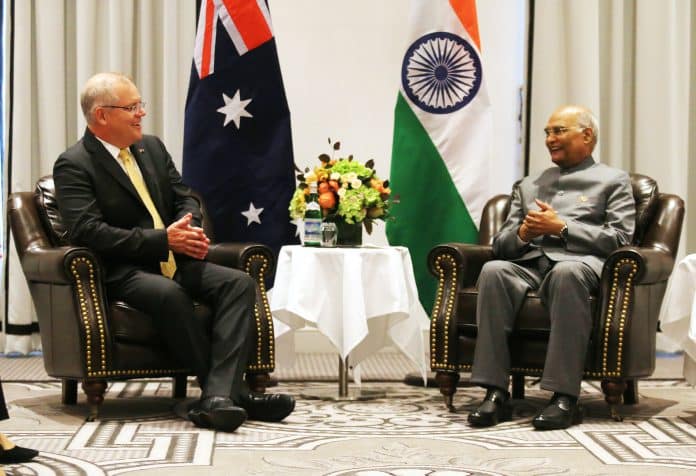 Reading Time: 2 minutesFollowing the first-time visit of Indian president Ram Nath Kovind to Australia, the state has finally released its response to the India Economic Strategy; a blueprint to transform the economic engagement between the two nations.
The Government commissioned Mr Peter Varghese AO to write the report which was released in July 2018. “This report provides a roadmap for our economic future with India,” said Prime Minister Scott Morrison.

The Government endorses the report and provides in-principle support to its 20 priority recommendations.
“Our work will focus on greater economic engagement targeting ten Indian states and ten key sectors, while providing practical support for Australian businesses entering or expanding operations in India,” said Minister Simon Birmingham. “We thank Mr Varghese AO for his important work.”
India is now one of Australia’s key international partners.
With a span out to 2035, the Government has agreed on an initial implementation plan. Key actions for the first 12 months include:
· A Memorandum of Understanding between Austrade and Invest India to promote bilateral investment flows
· The establishment of an Australia-India Food Partnership, opening up new opportunities for our agri-tech and services companies
· Australia-India Strategic Research Fund grants of up to $500,000 designed to help researchers solve challenges shared by both nations, including energy storage, marine science and plant genomics
· The expansion of the Australia-India Mining Partnership at the Indian School of Mines, connecting  Australian companies to India’s minerals-rich North Eastern states, supported by the new Consulate-General in Kolkata
· Engagement with airlines to increase direct flights through the Australia-India air services agreement.