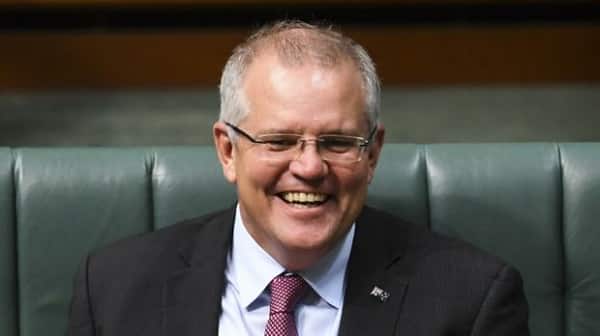 Reading Time: 2 minutesJust a few days before the 2016 elections, I spent a few minutes with Prime Minister Scott Morrison. The conversation turned to Indian cuisine, and I asked him what his favourite dish was.
“Sco-mo-sas”, he replied with a twinkle in his eye.

Not only humour, but also a great level of political skill will be needed by Scott Morrison to stitch up the divide in the Coalition ranks and to take the fight to Labor before the next Federal election, which needs to be called before May 2019.
During the political instability of the last few days, the Australian dollar weakened as the markets were nervous about the outcome. There were concerns about a Peter Dutton-led government with their strong hard right policies on migration. But once Morrison emerged as the 30th Prime Minister of Australia, the Australian dollar strengthened.
For the financial markets, having a former Treasurer at the helm is a comforting factor. It is worth noting that Morrison was brought in as Treasurer after the chaos created by his predecessor Joe Hockey. Morrison was not only able to manage his portfolio well but also ensured Australia’s AAA rating continued. It is expected that the former Treasurer, now the Prime Minister, will ensure his legacy of sound management continues.
As we head to a federal election in less than a year’s time, Scott Morrison will need to prosecute his team’s credentials on the economic management of Australia and advocate solutions other than tinkering with the tax systems – which Labor is threatening to do with changes to negative gearing and capital gains tax.

It is worth noting that Australia is in its 27th year of economic growth. While the governments in Canberra or musical chairs of Prime Ministerships can change (remember Rudd-Gillard-Rudd), the Australian economy is influenced by not only local but a number of international factors, such as interest rates in the United States, demand for Australian resources from Asian economies etc. Over a long term, one does expect human enterprise (read shares) to be better rewarded than lazy money (read cash).
With cash rates set to be remain low for the foreseeable future, a well-diversified portfolio, based on your risk tolerance, is the best long term antidote to the shenanigans in Canberra.
Another challenge for Prime Minister Morrison will be to balance the immigration debate between those on the far right side of Liberal party politics led by Peter Dutton, Tony Abbott who blame immigration for congestion in cities, rising house prices and low wage growth and his own belief that immigration adds economic value to Australia. Morrison as Treasurer had said that cutting immigration places by 80,000 annually would blow a hole in the budget by $4 billion over 4 years.
We’ll let the Prime Minister enjoy his samosas for the moment.