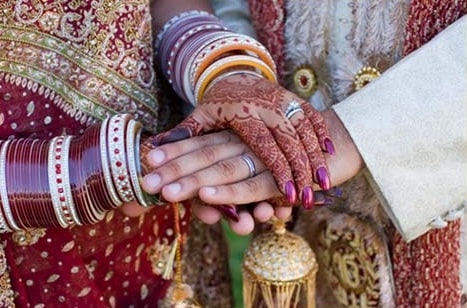 Recently, I received two letters from two sahelis, both with similar themes. I was most saddened by their plight, which highlighted the situation of so many women around the world. These brave and tenacious women have agreed to have their stories told, which is but the tip of the iceberg with their situations.
Let’s call the first lady Damini. She arrived in Australia, very young and newly married. Educated, ambitious, driven and optimistic, Damini had married an NRI with all the hopes and desires of a young Indian girl. Her future husband seemed to be a nice young man with a degree from a global university, and she liked the image he presented. Damini had asked him if she could work after marriage, and he assured her she could. Damini established a home with her husband in Sydney, with no family or friends. Some time later, when she tried to find work, he did not want her to get a job. Very quickly he became neglectful, and instead of spending time with his young bride, he would spend all his time watching films. He was not even interested in engaging in conversation. He became very controlling and would tell Damini what to wear and to whom to speak, whenever they went out. Her modest clothing, even a sleeveless salwaar or t-shirts, became fodder for his controlling behaviour, and he insisted that she was trying to attract glances from others. Although young and attractive, he failed to show Damini physical affection, and even went so far as telling her that she could find other partners. Lately her husband has slowly been becoming verbally and emotionally abusive toward Damini, saying that she could leave anytime. Damini’s mother wants her to stay in the relationship because her younger sister is unmarried. What could she do?
And there is Asha. She came to Australia in 2005 as a skilled migrant, with post graduate teaching qualifications. Asha married in 1991, and her children are now ready to step out into the world on their own. Asha’s marriage was an arranged one in which her husband was fairly controlling and was prone to aggression if his way was not accepted. When her parents recently died, it appeared that Asha’s husband’s intentions, thoughts and feelings towards her died also. He became verbally abusive and intimidating. He would behave atrociously, telling her in front of their children how he was forced to marry her, and he didn’t really like her or want her anyway. Naturally, she was concerned about how this affected their children, who hated to see their beloved mother being treated like this. Furthermore, she was financially independent and taking on all the household expenses, while her husband was stingy with his money, saving to spend on himself. What could she do?
Both Damini and Asha wrote to me to ask for my sage advice, and here is my response.

What do you want from your marriage?
I am most saddened to hear such stories. But here is a solution to both problems.
In the first instance, please work out what you want. Do you want to stay in the marriage and make it work? Do you want to try and salvage the relationship? If so, then you must have a plan about communicating this with your husband. Damini, perhaps your husband is stressed at work and has failed to understand how lonely you are. Try to see what you can do about focusing on his needs. Give yourself a timeframe of 3 to 6 months and make an attempt to make your marriage work. Plan some time with your husband and share your thoughts with him. You are a new bride, so spend some time focusing on him, learn to understand him and make him happy before you focus on what you want. It takes a while for two newly married people to settle into a pattern and if both parties are only focusing on themselves, it’s not going to help anyone. So Damini, I suggest that you spend time to learn what troubles your husband, and try to help him with his concerns. Make it your priority to make him happy, and put your own needs and wants to one side – but only for the moment. You need to give him a chance and as long as he is not abusive, you should try to make the relationship work.  Now, once you have given it your best shot to try to make your husband happy and if after your deadline, you find that he is not responsive and nothing has changed, then you need to consider whether you want to be in this relationship at all. But first, focus on your husband, give it your best shot, and tell me how it goes, and we can reassess the situation.
Asha, I have the same advice for you. What do you want out of this marriage? Do you love your husband and want to make it work? If so, then you need to spend time with your husband and tell him how his behaviour is affecting you. You need to set clear boundaries and tell your husband that while you love him and want to make the marriage work, you are not interested in being verbally abused. Particularly in front of your children. Then tell him what you want changed. This is your life – and you shouldn’t have to be anyone’s doormat. But if you feel that your husband is not going to change, and that you are married to someone who is not interested in being married to you, then here is my advice to you. You have raised two great children. You worked hard and are educated, and financially, you do not depend on any man. You are still young – so why should you live your life with someone who does not want to be with you and is controlling, and aggressive? Tell me this, if your daughter was married to a man like that, what advice would you give her? Would you want her to remain unhappy and in a relationship which is not respectful? So why should you accept that for yourself? I suggest you make plans to develop a life for yourself and your kids, without your husband. You have the freedom do this. You are not bound by any rules that say you must remain unhappy. You have put enough into this marriage, and you’re not getting back the anything in return. It’s time to start the next chapter of your life, Asha.

A final word
Damini followed my advice, but unfortunately despite trying hard, one day her husband became particularly vicious to her so she packed her bags and friends gave her the money for a ticket back to India. I am glad she did this, because she should not be in a relationship that was not worthy of a bright, driven and lovely young woman as herself. Today, Damini is back in India trying to mend the pieces of heart, and being strong and smart, she will be back on her feet in no time.
My message to all young Indian women who want to marry NRI husband is this: there is a distinct difference between young men who were born and raised here, and those who arrived as late teenagers or young adults. The former will have been influenced by the culture they live in – which is predominantly Australian. Granted, they may still have Indian views, but not to the same extent as those who were raised in India. However, one cannot apply generalisations and stereotypes to individuals. All potential spouses must be considered on their own merits. You need to spend time corresponding with your future husband to determine if this is the person with whom you want to spend the rest of your life. If you want a modern husband with contemporary views who sees you as an equal, rather than an imported version of a preferred desi type, then you need to look harder. Just because he is an NRI means absolutely nothing. Of course, all this presupposes that what you want is the same thing as what your spouse will want.