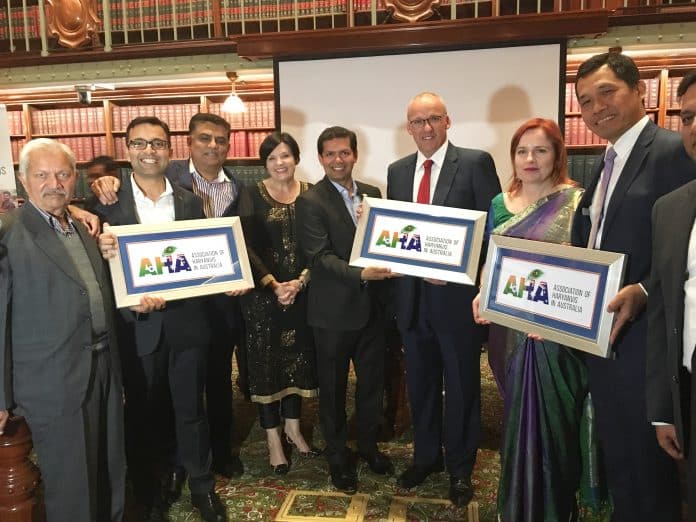 Reading Time: 3 minutesA new community association was launched this month in Sydney’s Indian community, with members claiming heritage from the north-western state of Haryana.
The Association of Haryanvis in Australia (AHA) was officially launched in the Parliament House of NSW, at an event attended by Opposition Leader Luke Foley and hosted by Member for Granville Julia Finn. Some 60 enthusiastic members of the new association were in attendance, some in traditional gear.

Welcoming the guests, the president of Australian Haryanvi Association, Sewa Singh spoke about the growing number of Haryanis in Australia and the need for an association to keep the culture and traditions of the community together.
“The Association of Haryanvis in Australia has been formed with a vision to promote the rich Haryanvi heritage, culture and its integration with multicultural Australia whilst promoting camaraderie and a sense of belonging amongst fellow Haryanvis,” he detailed. “We started informally with a recreation centre where the elders of not only the Haryanvi community but other elders meet once a month. We now have an open day on the first Saturday of the month where we encourage new migrants from Haryana to meet with others so that we can help them in their settlement process.”

Speaking on the occasion, NSW Opposition Leader Mr. Luke Foley, a cricket tragic, spoke about the contribution of cricketer Kapil Dev, a Haryanvi. “Kapil Dev’s 175 runs at the Cricket Word Cup in 1983 sparked the cricket revolution in India,” he recalled. “The fan following at the IPL, and the love for cricket in contemporary India, it was Kapil Dev who began it all.”
Mr Foley also promised to visit Haryana on his next visit to India. Consul General of India (Sydney) Mr. Vanlalvawna, in his speech, also claimed to be part Haryanvi, as he finished his senior school years in Gurgaon, one of modern India’s most well-known financial centres. “Today Gurgaon has changed so much,” he remarked. “All credit to Haryana for the work they are doing in attracting big Fortune 500 companies there.”

The host Ms Julia Finn in her speech acknowledged the growth of the Indian diaspora in Australia. “As the community grows, it is important to have organisations which can keep its cultural links together,” she observed. “I’m quite comfortable that a country such as India with its diversity of culture can have so many organisations, as they all have a role to play. Having just one organisation from India, is like having just one European organisation for everything.”
She strongly encouraged the local Haryanvis to leverage off their skills to build closer economic and social ties between NSW and Haryana. Haryana being the site of the mythological battle of Mahabharata and where Krishna bestowed his sermon of the Bhagavad Gita to Arjun, a handcrafted model of Krishna’s chariot carriage was gifted to the special guest.
Over 25,000 Haryanvis now call Australia home.