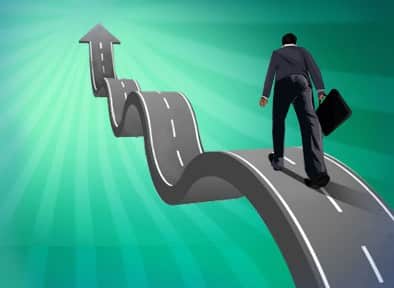 No problem is to big or small, Auntyji can answer all!

Green-eyed monster
Dear Auntyji,
I am a fairly hardworking person in IT and always go the extra mile. Recently, I was given a new project to manage and I took it on board. However, I have noticed that one of my colleagues has been making snide comments about me, even to my face. When I reported this to my manager, I found out that Pradeep wanted to do the project that I got, and was somewhat jealous of the fact that I had been given it, despite my so-called lack of technical skills. My manager and I get along really well, and he tends to support me in situations like this. Auntyji, when I found out about Pradeep’s jealousy, I was gob smacked. He is always so nice to my face and making jokes and all, but behind my back, he tried to knife me. I mean, what kind of a person is he, and this just brings to light that Indian people are always jealous of other Indian people. I never believed this till now. What should I do? I have been a little reserved towards Pradeep, but I wonder when he intends to stick the knife in my peeth again. What to do, Auntyji?
Auntyji says
Hmm. There are jealous people everywhere, so this Pradeep is no different. The only thing different about Pradeep is that he was foolish enough to try to cast aspersions about you to your manager. Everyone knows not to take on a likeable character in the workplace. People will always defend people they like. So, what should you do? Continue to focus on your work and do such a stellar job at the project that there should not be any doubt in anyone’s mind that you were perfect for the role. Be polite, friendly and professional to Pradeep, and let him dig his own grave with his jealousies. Stupid man should have realised that you are going places, and he should have you on side. So, work super hard, be pleasant and professional, and treat Pradeep like any other colleague. Sooner or later he will get what he deserves. And so will you – a promotion!

Dear Auntyji,
We bought a beautiful terrace in Sydney for less than a million dollars 3 years ago, and last month, our neighbours’ terrace, which is the same as ours sold for $1.6 million dollars! Can you believe it? Everyone was so happy and the neighbours even had a celebration afterwards, they were giddy with excitement. Now, Auntyji, I am a strategic thinker, and seeing that 67% growth filled me with despair. I have two daughters and I am concerned that they will never be able to own a home in Sydney. Since the sale, while my husband and other neighbours are running around crowing about their good fortune, I have been filled with despair on the inside. Why do I feel this way?

Auntyji says
Oh my dear chulbuli, my dear gulabo. How nice it is to see a home owner with some sense for a change. Yes, Sydney’s property market increases are unsustainable. There is likely to be a correction. What your hubby and neighbours are selfishly not seeing is now their actions and motivations are creating a divided society. You are absolutely right in feeling sad about your daughters not being able to afford homes in the current climate. So, here is what you should do. Start planning on getting a second property, so that both of your daughters will have something that they will own one day. This is the only sensible advice I can give you – because Sydney’s housing market is out of control. So speak to your financial planner about how you can get an investment property in due course, and this will be a long term investment. I suppose I could also tell you that you don’t need to worry about this because laws will change and there will be considerations made for first home buyers in the future – but you should not depend on the government for this. Start planning for how you can help your kids – because we all know that that’s what good Indian parents do anyway. Congratulations on the 67% capital gain. Where exactly do you live in Sydney again?