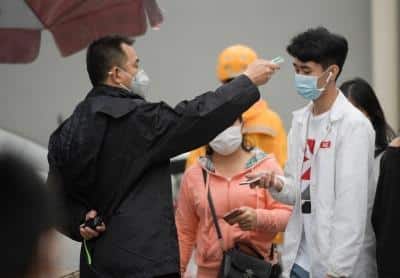 Even as some of the world’s most powerful countries like China, the US, Italy and South Korea are struggling against the COVID-19 onslaught, India’s efforts on this front have attracted praise from around the world.

“A friend of mine came back home, a couple of weeks back, after travelling to a few countries. The health ministry had someone check on him on the 1st, 5th and 14th day to see how he was doing. Great to see the government, being so proactive in fighting this coronavirus,” actor Kunal Kapoor tweeted.

Kapoor was not alone in praising Indian authorities as Portuguese politician Bruno Macaes who was in India in January also commended the country’s preparedness in days when no one realised the magnitude of COVID-19.

“This is true. The country has done well. I arrived in India on January 20. Awareness was already very high,” Bruno Macaes said while retweeting a tweet that praised India’s effort against COVID-19.

Another Twitter user said, “When Iran Government refused to test Indians stranded in Iran for CoronaVirus, Prime Minister Narendra Modi sent an entire lab from India along with Indian scientists to test his people & donate the lab to Iran. Share Widely & Feel proud as an Indian.”

The Ministry of Health and Family Welfare on Sunday said that confirmed COVID-19 cases in India have risen to 107 so far. The coronavirus outbreak was first reported in December last year in Wuhan city of China. The disease has affected more than 100 countries and has been declared a pandemic by the World Health Organisation (WHO).