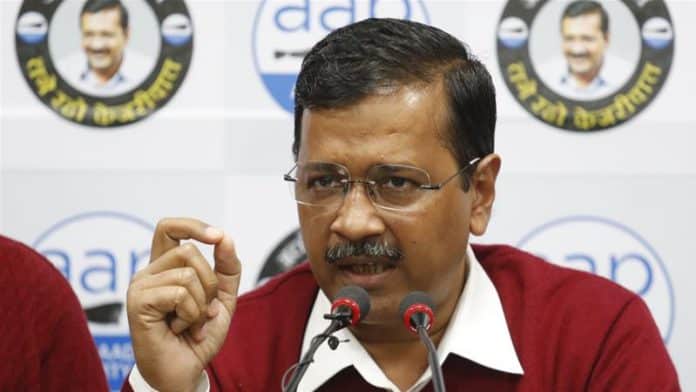 Even as the Aam Aadmi Party (AAP) basked in the glory of its consecutive thumping victory on Tuesday, the spotlight shifts on its supremo Arvind Kejriwal. Over the past decade, the former Indian Revenue Service (IRS) officer has crafted himself into a political brand that has virtually demolished the Congress, and is giving sleepless nights to the Bharatiya Janata Party (BJP).

The AAP came into existence following the hugely successful ‘India Against Corruption’ campaign, launched by Anna Hazare. Kejriwal broke away from his mentor Hazare to set up the AAP with other anti-corruption crusaders, like Prashant Bhushan, Baba Ramdev, Yogendra Yadav and Kumar Vishwas.

Braving derision from the likes of Robert Vadra, who termed it ‘mango peoples’ party, Kejriwal went ahead to make the AAP into a viable political option for Delhiites, who until then had to choose between the Congress and the BJP.

The AAP made tentative forays into Delhi’s political landscape, winning 28 seats in the 70-member Delhi Assembly in 2013. On outside support from the Congress, Kejriwal formed the government. But it survived only 49 days.

At that point, the odds seemed stacked against the AAP and it looked as if the party was on the verge of extinction. But Kejriwal was made of tougher stuff. He galvanised his cadre and targeted the core Delhi voters through ‘nukkad’ (street corner) meetings. A slew of freebies and public service benefits propelled the party to a formidable victory with 67 seats, leaving just 3 seats for the BJP and none for the Congress.

The simple, unassuming person wearing trademark half-sleeve shirt, trousers and sandals and moving around in a hatchback captured the imagination of Delhi’s denizens. His winter avatar, in a monkey cap, is an enduring image of Kejriwal.

At a time when Delhi was a battlefield for the Congress and the BJP, Kejriwal deftly appealed to the middle-class aspirations and needs of the average Delhiite. He has had to counter the national narrative of the BJP, which rules at the Centre out of Delhi, and also controls the local bodies.

Kejriwal and his motley crowd of MLAs went about their task of endearing themselves to voters across Delhi. The promise of free power was a game-changer. The AAP also brought in changes in the primary education and the health delivery systems. Free bus rides for women and free Wi-Fi were among the many sops that the party showered upon residents.

In between, Kejriwal also set his sights beyond Delhi and ventured into Assembly elections in neighbouring Punjab and Haryana. But it proved a mixed bag and Kejriwal made a tactical retreat to the safer political climes of Delhi. He focused his energy on strengthening the AAP in Delhi with an eye on the 2020 Assembly polls.

The new citizenship law (CAA) raised the political temperatures across the country. The heat was most felt in Delhi, with Shaheen Bagh, JNU and Jamia Millia Islamia emerging as anti-CAA agitation hotspots.

While the BJP campaigned on the nationalism plank with a pro-CAA strategy at its centre, Kejriwal with advise from master political strategist Prashant Kishor, maintained strategic silence on the CAA and the Shaheehn Bagh protests.

The 2020 Assembly poll became an electoral battle between development and nationalism. The Congress had stridently opposed the CAA in the hope of attracting Muslim voters. But sensing the seriousness of situation, the minority community went for the AAP.

Kejriwal’s smart manoeuvring paid rich dividends, much better than the wildest expectations of the AAP and political pundits. The AAP won 63 seats, 4 seats short of 2015 tally. The BJP ended up with 7 seats, 3 seats more. The Congress again got decimated and failed to open its account like last polls.

It’s an exemplary story of a former IRS officer graduating to an anti-corruption crusader, appearing as a novice politician and finally turning out to be a seasoned politician in 2020.